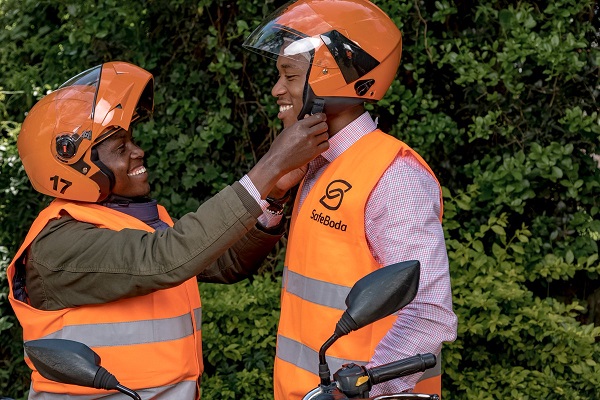 SafeBoda, a Ugandan boda boda-hailing company is privately running business in Kenya, effectuating its earlier communique that it would be establishing itself in East Africa’s biggest economy.

Coming very soon…at a click of a button, SafeBoda provides a safer mobile-first option for urban transportation. Sign up for our BETA app waitlist: https://t.co/ttaygqR8Kc pic.twitter.com/xLLSAWjt0l

The 3-year-old company, according to a tweet posted on Friday, is currently operating in some parts of Kilimani, a posh neighborhood in the city of Nairobi, the capital of Kenya.

Damalie Wasukira, the SafeBoda spokesperson, however, said that they haven’t officially launched and they’re still studying the market.

“we’ve not yet started, it’s still piloting. It is still in a small area, so I can’t say we’ve officially launched,” said Wasukira in a phone interview Friday morning.

She declined to give comment on how many riders they have so far enrolled on the app in Kenya, saying that she would give details when they officially launch.

In Kenya, SafeBoda will be competing with three other players in the industry, including Taxify, which launched its services in Kampala this year.

SafeBoda remains strong in Kampala, with over three thousand riders, which is higher than its competitors, DialJack, UberBoda, TaxifyBoda and Mondo Ride.