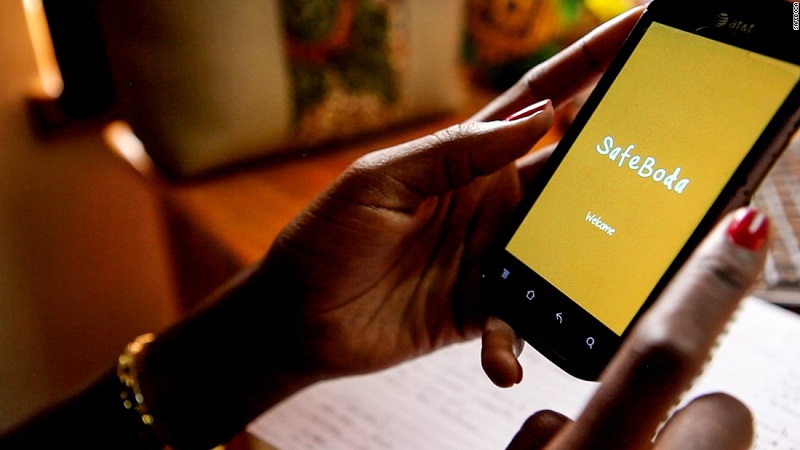 The competition among e-hailing services is continuously getting aggressively. The latest and more serious one is between Uganda’s homegrown SafeBoda and Estonia-based Taxify; the two are competing for motorcycle passengers.

Taxify’s slogan has always been to offer the lowest price rates possible, and when they launched their boda app in February of this year, they hit the market vigorously, rolling out a 50% discount on a normal fare.

And it seems, their competitor, SafeBoda, have realized they were eating into their market.

Last week, SafeBoda announced on social media that beginning this month they would be offering a 50% discount on all rides on both payment methods (cash and credit)

Everyone deserves a safer ride in Kampala!

Previously, SafeBoda had a promotion dubbed the “Monthly Madness Offer”, where a customer would be given 100% bonus on credit loaded onto the SafeBoda app every first day of the Month. The new promotion will be replacing that.

This promo is replacing Monthly Madness. Enjoy the same great experience for better prices, every day on every trip you take whether cash or credit #YourCityRide pic.twitter.com/0mtCE3UmAw

Just as previously, however, SafeBoda said they would retain the 20% offer for customers that pay through credit.

The offer was started to encourage customers to use the credit option of payment, since credit payment rules out inconveniences like looking for change; they also wanted to solve the problem of riders that do not return the company’s 15% commission on trips made.

This in turn gives customers that use the credit payment method greater discounts, making the app services cheaper and more affordable compared to those that opt for cash payment methods.

When the campaign was rolled out, it saw some customers feel worried about their riders, asking if they wouldn’t be affected by the new arrangement.

I was really worried about this especially yesterday when I was charged 2k for a 4k worth trip. Well done please. https://t.co/kXpoGS3L4O

The company, however, put this to rest as it confirmed that the riders will continue to be paid just as always.

Please note that our Riders will not be affected and will continue to receive full payment as previously while our customers will enjoy great prices. It’s a win-win!! #YourCityRide

In a conversion with SautiTech Monday morning, Mr. Musisi who wears helmet number 1858, he reiterated the above, clarifying that “it’s targeting you the customers.”

SafeBoda and Taxify pay the riders weekly (the least) and others are paid according to the period they want, say multiple riders we have talked to.

Speaking to one of SafeBoda’s ambassadors (name withheld) on whether the sudden changes won’t affect their revenue, he said that the company comes up with promos that can attract customers, be sustained without causing losses on their side.

Customers, whichever way remain the most beneficiaries, though it’s never clear how long the campaigns can last.

Officials from SafeBoda asked us to contact them by email but they had not responded to our questions by the time of publication.

The promotion has however come with mixed reactions from the public but mostly positive as customer have started enjoying this offer.

This means I can ride through twice as much Kampala with God and Saviour and their buddies. https://t.co/4QFL5h33s6

Thanks @SafeBoda!!!
I took a Cashless trip from Bukoto to Muyenga and paid UGX 3000 :-))) I thought it was too cheap but the Rider said it doesnt affect his pay????? pic.twitter.com/aNAVMHiBU6

However, some have further gone ahead to advocate for the monthly madness offer

It should be noted that SafeBoda has more riders than Taxify, and with similar campaigns running at the same time, it implies that SafeBoda will have an upper hand for growth, since they can easily be reached in most areas.

Some might argue that SafeBoda is copying Taxify, and therefore they might not handle the campaign, but that’s how companies like Facebook have stayed on top; copying ideas that other startups develop to eliminate competition and in some cases, buying them off.