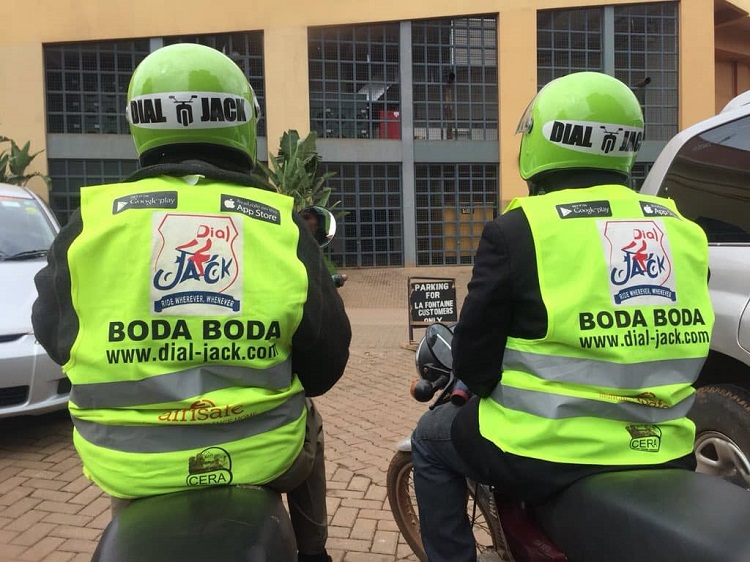 By Nicholas Asingwire and Julius Wasajja

In business, just as in war, when rivals hit the battlefield, they want to kill their competitors, make their lives miserable, and more importantly, especially, in this context, steal their market share.

And when it comes to technopreneurship, to stand out, one must be truly dynamic, fast-paced, intellectually strategic, and able to effectively and efficiently exploit limited – and sometimes scare- resources, to stamp their mark in the trade.

This is what is gradually playing out in the boda boda e-hailing industry; with the increase in the number of apps, it’s those that are quite fit that will be able to survive.

On an early morning of October 25, 2017, Jacob Mathew, a business coach trainer based in New Zealand, through his Twitter account, announced that Dail Jack, a motorcycle taxi (boda boda) hailing service would soon launch in Uganda.

On June 12, 2018 he received a response from a Twitter user, @aggreybet, who cautioned him: “Come ready SafeBoda has covered Kampala.”

As they aspire to explore Uganda’s sprawling boda boda industry, Dial Jack’s immediate headache will not be its competitors, but its clients. Kampala has hundreds of thousands of motorcycles involved in commercial business and about a million of residents within the city and its suburbs. The already existing ride-hailing services haven’t convinced more than 10 percent of boda-bodas to join them, implying that, Dial Jack’s challenge is not competing with Taxify, Uber or SafeBoda, but giving the uncaptured riders a reason to acquire a smartphone and use the app.

That being said, of thousands and thousands of people that move around Kampala, very few are already using the apps; the vast majority of them have smartphones, but campaigns promoting these apps have not yet, it seems, gave people a reason to use them.

The apps have, for instance, cut prices to an extremely small fare, in that, they appear to be a priority in some situations. For instance, from Kiwatule to Ntinda, taxis charge Shs1000 in the morning hours (up to about 11 am). At their current rates, Taxify and SafeBoda will charge a commuter for the same amount. On a boda, you are assured of moving faster and, sometimes, for the same fee, you are dropped at your exact destination, instead of having to walk at the roadside where a taxi drops you to your office. Remember, there are also areas around town where taxis don’t reach.

But you won’t see many people bothered with the app; an indicator that their (e-hailing services’) marketing techniques are still not good enough to inform the public how good the service is.

It even gets funnier for people who resort to normal bodas when an e-boda is just a minute away or, for the case of SafeBoda, you can just pair a nearby rider.

Will Dial Jack change the game?

While like most of the officials in these e-hailing services Dial Jack has no clear strategy for public sensitization; they have rolled out one feature that could, to some extensive degree, disrupt the e-hailing business.

Dial Jack has a feature codenamed Hail Button where the driver can carry a passenger even when he or she don’t have an application on their phone. All the driver needs is a passenger’s phone number which he feeds into the system so that the control center can be able to estimate the transport costs.

While this might appear like the normal style of hailing a boda, it has its benefits. One of the key benefits is that Dial Jack will be offering a 50% discount for the start, implying that your costs are reduced. SautiTech’s editor used this feature while travelling from Dial Jack headquarters where he had gone to meet Patricia Nakato Musemba, the company’s office manager for this story. From there to Mapeera House, the estimated charge was Shs3200, and he paid Shs1600.

So, with an app that even includes people without smartphones, if well marketed, Dial Jack will pile more pressure on other apps. The only difference here is that Dial Jack might come across as expensive for people used to SafeBoda which, on top of the 50% discount offered for a very ride, it adds more 20% to customers paying through credit. Dial Jack does not have the credit service.

However, they have also introduced a unique feature where customers can pay, apart from cash, via mobile money. While SafeBoda allows mobile money as a payment option, it is paid upfront for a month; with Dial Jack, a customer can always pay per ride. Since we still have people using cash instead of credit payments, Dial Jack can optimize this feature, as well.

Though these apps offer 50% discounts, their charge estimations are different; for example, when Wasajja ordered for a ride from Kimera Road (Makerere, Kikoni) to Mabirizi Complex, which is about 4km, Dial Jack reflected an estimated bill of Shs3000; UberBoda, Shs3600; SafeBoda, Shs 2,500, and Taxify displayed the least fee  at Shs.1600.

Dial Jack will be joining Uber as the only apps with an option for scheduling a trip. SafeBoda and Taxify are yet to develop this.

Dial Jack has also incorporated an SOS button both on the rider and customer apps. It is used in emergencies like accidents or if a rider attempts to rape a woman; when pressed, all riders a kilometer away are notified to come and help.

Other strategies and plans

Registered about two years ago, Dial Jack Technology Pvt Ltd has been doing research in Uganda to find out what “the boda boda industry really needs”, according to Patricia Nakato.

It is in January of this year that they opened offices and started recruiting and training riders in April.

Though their boss is a New Zealander, Nakato told me they are a Ugandan grown company with four locals and two foreigners as partners.

Nakato says they have so far registered more than 100 riders. They mainly operate in the Central Business District and Kampala divisions currently covered are Rubaga Makindye, and Kawempe.

Nakato says that they have made the recruitment process “non-tedious” and the training “takes 3 hours.”

Though she seemed to praise the idea of rushing the training, it seems to be bad for business, at least from what Asingwire observed. For instance, I interacted with about three drivers who confessed they were not yet familiar with the features. When he was riding from office, the rider who carried him said he had just acquired a smartphone, implying manipulating it can be a problem. And he wasn’t surprised when he asked him to show me where the SOS feature is located and he couldn’t tell. The feature, in red, appears at the top right corner of the phone when you are in motion. A number of others were at the office for a revision of what they had, most likely, been hurriedly walked through.

Nakato, however, told me that riders are always encouraged to come back for training and they have also employed what she termed as a “quality control person” who moves around “monitoring how our riders are performing.”

After the three hours of training, a driver is given 2 helmets, a reflector, and a smartphone. The training, according to Nakato, focuses on health, customer service, safety and road rules. The riders are given certificates after the training.

As part of incentivizing riders, they have partnered with AfriSafe to insure them for all road accidents. According to Nakato, the company, in the event that a rider dies, their family is given Shs1 million to cater for funeral expenses. And when a rider is admitted in the hospital, they are given Shs250,000 days as upkeep.

Nakato says that the company has plans of introducing Dial Car, Dial Food, and Dial Carrier.