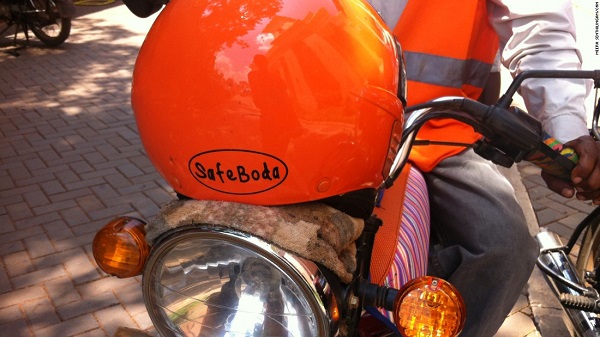 Ride-hailing company SafeBoda has suspended the cash incentive it’s been offering to riders, a move that comes amidst increased protests by riders and drivers from other digital taxi services, accusing companies of exploiting them.

Until recently, SafeBoda has been giving riders who make 10 trips in a day, a daily bonus of Shs10,000. Multiple riders we have talked for this report said it was motivating them. The initiative was introduced after the company observed that some riders would switch off the apps early in the evening or some would start work late. Some riders also tend to avoid trips that are a bit far from where they are located.

But SautiTech recently learnt from riders that the incentive is no longer offered. The development was confirmed by Damalie Wasukira, a spokesperson for SafeBoda, in a phone interview.

“No, we are not giving that incentive anymore,” she said when asked to confirm whether the incentive had been removed. “It’s an incentive and they knew that it was a short-term incentive. They don’t last forever. We keep changing them. That’s done.”

Wasukira, however, revealed that a new inducement will be unveiled to riders anytime: “They’ll wait when we create something new … Yeah, there will be a different one.”

The ride-hailing industry in Uganda is continuously growing, with more companies hitting the market. This, in turn, has increased competition and led to a change in strategies. Since some of these things occur so fast and spontaneously, the decisions to beat competition can be hastily made, thus the results may not be as expected.

One of the key things that have been observed is the dramatic slashing of transport costs. While this has been good for attracting customers, the wave of protests that have hit these companies is an indicator that riders, to a certain extent, are being sacrificed to please customers. They say that while customers are happy, the prices of fuel are increasing and the companies are not increasing commissions, yet they are making them work for long hours. (Some companies like Uber have introduced features to limit the time a driver spends working.)

Digital taxi riders and drivers are complaining about fuel prices because at times they have to travel a long stretch to pick a passenger. Some say that there are cases where they have moved a longer distance to pick a person than they where they are taking the passenger to. But this can’t be a company’s problem, really, since they have an option of calling to find out from the customer in advance of the trip.

Some riders also say that they sometimes recover the expenses on longer distances moved by picking passengers in nearer locations. But the problem still stays, fuel prices have increased.

As I researched for this story, I was surprised to discover that some of the riders in SafeBoda didn’t know that incentive had been suspended. But most of these were the latest entrants. So, it could be because they haven’t understood the mode of communication. SafeBoda currently has “around 3000” riders, according to Wasukira.

The riders we talked to didn’t want to speak on the record since they must first seek permission from the company before talking to media. One of the riders said that his frustrations have been with people who request for a ride, but when the rider calls them and the phone-call is cut short because of low credit, the customer decides to cancel the ride instead of calling back. He was taken aback when he realized that some passengers think that the company gives them money for the basics of running the service.

Must Read: SafeBoda riding to Kenya

That being said, the importance of incentives can’t be undermined since most of these riders spend on multiple things to use these apps. They have to buy airtime for data and voice bundles and then refuel the motorcycle. Most riders spend roughly Shs5000 on both data and voice bundles daily. It is a bit surprising that SafeBoda would decide to suspend incentives at a time when the competition for riders among the companies is high. But one could also point to the fact that they could have recently enrolled more numbers than their current budget could incentivize.

Different companies offer different incentives including insurance, increasing commission among others to keep the riders happy and working.

The vast majority of riders who have worked with ride-hailing services say that in spite of the challenges, they are willing to work until things change for the better. They say that joining these companies have helped them save since they wait until the end of the week to collect the money. One of the riders (SafeBoda) told me he fetches between Shs200,000 to Shs300,000 on a weekly basis, which is fair considering most riders pay only Shs60000 to their bosses (owners of the motorcycles) weekly. And this is minus the money they receive in cash from passengers. Servicing of the motorcycle is done by the owner, apart from minor damages that occur on duty.

They also say it has helped them build trust between them and passengers, and the bad name attached to boda boda riders is slowly being rubbed since passengers are now starting to respect them. “You see most of these drivers (points at an SUV in front of us) don’t respect boda boda riders but when I am riding on a SafeBoda, they respect me,” one of the riders told me.

Additionally, they have discovered that they are now working more than they used to. They get more passengers than their counterparts who wait for customers to find them on the boda boda stage.

The testimonies cut across all the ride-hailing companies and most of the riders are wishing that the situation changes and they start making good money.