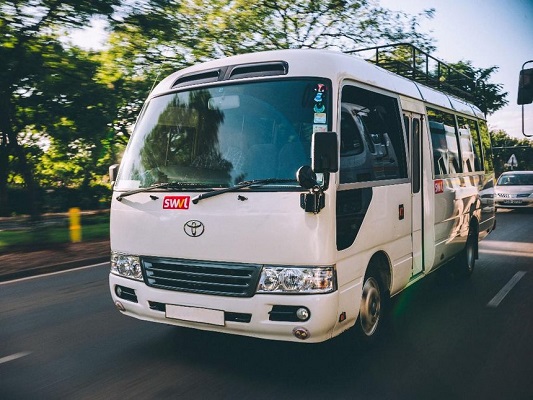 Egyptian bus-sharing app Swvl is laying the groundwork ahead of its launch in Uganda, making the Pearl of Africa its second market in East Africa and the third on the continent.

The startup, founded by Mostafa Kandil in 2017, is currently looking for someone to manage Swvl Uganda operations, reported DigestAfrica, citing an email exchange with officials.

In January, Swvl extended its international footprint in East Africa, rolling out its services in Nairobi, the capital of Kenya to compete with homegrown startups, Little and Safiri Express.

The bus-sharing company, which raised tens of millions of dollars in 2018 and is up for another round of more than 50 million dollars, according to MenaBytes, is already garnering admirable reception in Kenya.

At the company plans to set up Swvl Uganda, it faces a market that’s still not highly receptive to technology-based services, partly because of expensive internet services.

Kampala, however, has a potential for bus-sharing services since minibus taxis are a popular means of transport, ferrying hundreds of thousands of people that move in and out of the city on a daily basis.

The only challenge though is that bus-sharing companies prefer bigger vehicles. For instance, Little and Swvl are using 23- and 26-seater buses respectively.

Though, if Swvl is to partner with local companies without having to introduce its own shuttles, there are a few options like Pioneer Easy Buses and Awakula Ennume, which ply major city routes.

It should be recalled that Uber has also promised to venture into bus-hailing services in East Africa after completing its pilot in Egypt, where it’s competing with Swvl and Careem.

With Swvl Uganda knocking, Uber and Little which are already present in Uganda could be also be motivated to try out the service in Kampala.

Update: In a follow-up interview, Swvl told us: “We are going to operate in Uganda shortly and we will be so glad to see you on board then.”

Airtel Uganda CEO: We made our first profit in 2018