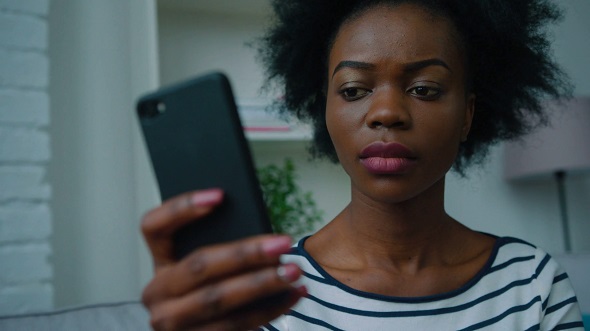 A new report released by Ecobank Research has shown that Ugandan has the most expensive mobile data in East Africa and it is the eighteenth most expensive in Sub-Saharan Africa (SSA).

In the survey, where researchers compared the monthly income of a given country’s populace to the cost of 1GB of data, Rwanda is shown as having the cheapest data in the East African region, followed by Kenya, Burundi, and Tanzania.

The oil-rich Equatorial Guinea’s averagely cost 1 GB of data at US$35.47, making it the most expensive in Africa, while on the other side of the spectrum is Mozambique, which sells a gigabyte of data US$2.08. in Uganda, according to the report, Mobile Network Operators (MNOs), sell a gigabyte at, averagely, US$7.1.

The report also shows that East Africa has the most affordable data prices in SSA.

“The sobering reality is that Africa has the most expensive mobile data, both in real and income-relative terms, in the world,” reads the report.

“At a regional level, East Africa has the most affordable mobile data. The average cost for 1GB in Ethiopia, Tanzania, Burundi, Kenya, and Rwanda lies below Africa’s relatively expensive median of US$7.04. In contrast, the oil-rich CEMAC countries are far pricier. Equatorial Guinea’s average cost of US$35.47 is Africa’s most expensive gigabyte.”

Our recent report looks at the price of mobile internet across Africa.

?The average price of 1GB is US$7.04, making Africa the most expensive region in the world.

The competition present among MNOs in a given country, the report says, greatly influences how data is priced. Countries with more telcos have cheaper data prices and vice versa. It is only Ethiopia which has one MNO and it is owned by the government.

“Only one country has a single MNO (Ethio Telecom in Ethiopia), but this is an exception as the MNO is government owned and prices are controlled. Most African countries have between two and four MNOs,” reads the report.

Must read: How to recover your stolen or lost phone in Uganda

Data pricing and the digital divide

Though the price of smartphones is increasingly becoming affordable, with some as cheap as US$30, the high costs of data are impeding the closure of the digital divide and hampering the growth of innovations in most African countries.

Countries with the cheapest data are seen to be having the most vibrant tech ecosystems, according to the report.

“The variations in the cost and access to mobile data have a huge impact on a country’s ability to spread digital innovation, from mobile banking to pay-as-you-go solar energy. Two of Africa’s leading tech hubs – Nigeria and Kenya – both have relatively cheap mobile data, while other countries with emerging tech ecosystems – Rwanda, Ghana, Senegal, Tanzania, and Cameroon – are also on the cheaper end of the pricing spectrum. This means that consumers in these markets can purchase mobile data more regularly than in other costlier markets, providing the platform for banks, Fintechs, and other service providers to develop digital services specifically to meet their needs,” reads the report.

“In stark contrast, in countries like Zimbabwe, the DRC and Liberia, where mobile data is upwards of 13% of monthly GNI per capita, accessing the Internet regularly is unaffordable for most consumers, perpetuating digital exclusion. The impact is felt not just by consumers, who do not have access to the services and information that can be provided digitally, but also by SMEs (which make up over 90% of businesses in Africa). A global survey of 4,800 SMEs found that those that use the Internet for business grow twice as fast as those that do not or cannot.”

In order to boost digital inclusion, the report suggests that governments should revise licensing regimes, spectrum pricing, and regulations on data pricing.

“African governments and regulators have a key responsibility to develop policies and regulations that drive down mobile data prices. This could mean reducing the typically high fees charged for new mobile licenses, which discourage new entrants; governments could recoup the lost income by introducing reasonable taxes on data usage which would grow as their citizens become more connected. Competition should also be incentivized, especially in countries with only two or three MNOs,” says the report.

“Spectrum pricing is another issue. If MNOs are to provide affordable and universal mobile Internet coverage, they need to have access to a reasonably-priced and reliable radio spectrum. This means governments need to be forward-thinking and accommodating in their spectrum regulation,” the report adds.

“More broadly, governments should consider the wider impacts of excessive taxation of the mobile sector. Chad, for example, has the most heavily taxed mobile sector in SSA, with no fewer than 13 different taxes. This is a key factor in making Chad one of the least connected countries in Africa for unique SIM subscribers, and the fourth most expensive for mobile data. Similarly, Uganda’s recently-introduced tax on social media (200 UGX/ US$0.05 per user per day) could deter those on lower incomes from accessing the Internet, retarding the digitalization process.”

Kenya to use Alphabet’s balloons for rural internet