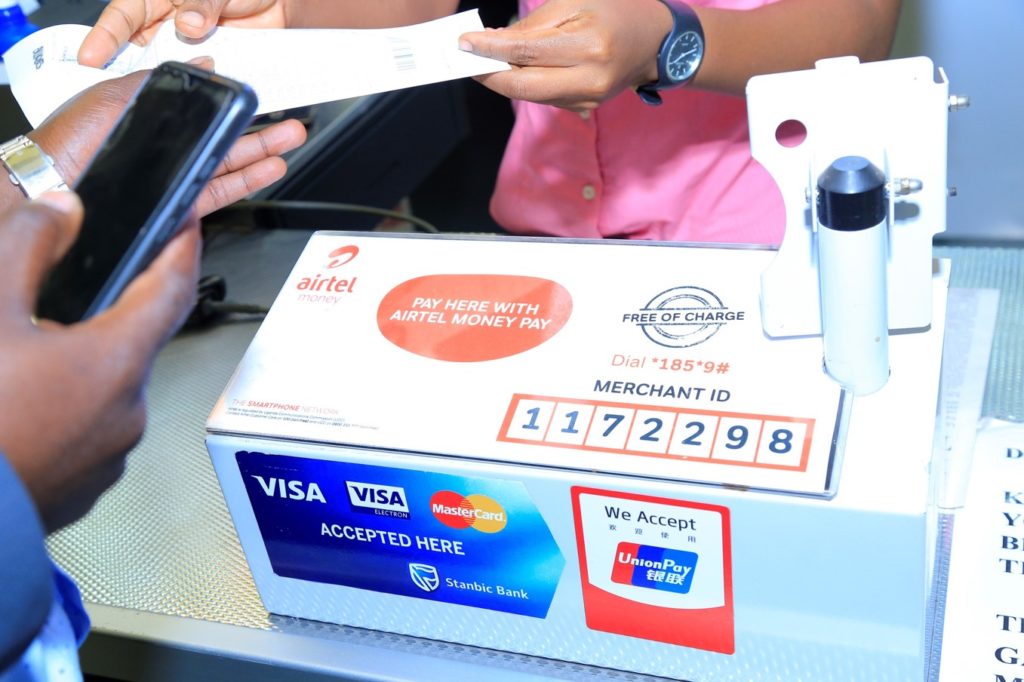 Airtel Uganda has launched a partnership with Game Stores that will see Airtel Money subscribers pay for their purchases using Airtel Money Pay.

What is Airtel Money Pay? It is a service that enables Airtel Money subscribers to pay for goods and services using Airtel Money instead of exchanging cash for such purchases. The service enables both parties to immediately confirm these proximity payments via text message (e-receipt) that is sent to both subscriber and seller of the goods/service.

Commenting about this partnership, Airtel Money Head Merchant Portfolio Mr. Godfrey Muhindo noted that this new partnership will bring the highest level of convenience to Airtel subscribers who shop at Game stores.

“This payment method is going to ease the lives of our subscribers. Customers no longer have to carry cash or withdraw money, then pay when they are shopping here at Game,” he noted.

Muhindo also noted that the Airtel Money Pay innovation is timely as it is giving Ugandans an alternative and safe payment method in light of the Covid-19 pandemic.

“Our clients can now transact conveniently and securely from their Airtel accounts and pay for their shopping without hassle,” he said.

“As merchants, once we receive the money on our Airtel account, we can use it to make other transactions like payments or transfer it to the bank.”

Mr William Kaye, the Managing Director of Universal Tracking Systems and a customer at Game Stores who has used the service confirms the effectiveness of the product.

“After shopping, I came to the till and made my payment via Airtel Money Pay. The till attendant immediately confirmed payment and in less than a minute, I was done. The service is indeed very fast and did not require me to pay an extra fee,” Mr Kaye said.

At the launch, a lucky draw was held for members of the media and three lucky journalists each received cash sent directly to their Airtel Money accounts to do shopping at the store.

How to pay at Game Stores using Airtel Money

To use Airtel Money Pay, Airtel subscribers use the *185*9# code to initiate payments to the merchant by dialing the said code, which prompts them to input the merchant number/ ID, Amount and eventually a PIN to complete a payment. The subscriber can also put in the other transaction reference details like invoice number or purpose of payment.

Alternatively, the merchant can also initiate a transaction on their SIM menu and the subscriber will only input their PIN to complete the payment process.

READ ABOUT: How to send and receive money from abroad using Airtel Money