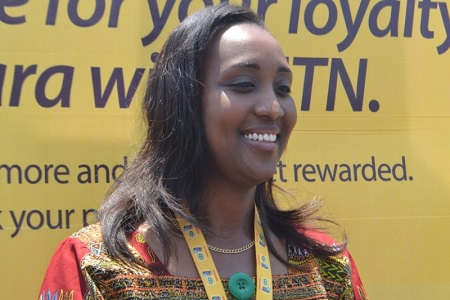 MTN Uganda has declared vacant positions of three senior executives who were deported by Ugandan authorities in February for engaging in subversive activities.

According to The Independent Magazine, the advertised posts are General Manager-Mobile Financial Services, which was occupied by Elsa Mussolini; General Manager-Sales and Distribution, a position that was held by Annie Bilenge-Tabura and Chief Marketing Officer, a post that belonged to Olivier Prentout.

Mussolini was an Italian national, Prentout hailed from France and Tabura is from Rwanda.

However, the position of Chief Executive Officer (CEO) which was occupied by Wim Vanhelleputte was not advertised.

When Wim was deported, MTN appointed Gordian Kyomukama, who was a Chief Technology Officer as acting CEO.

However, recently there have been rumors that President Museveni had pardoned Wim to return to Uganda after lobbying from MTN Group CEO Rob Shuter, MTN Uganda Board Chairman Charles Mbire and Kyomukama.

This was during a meeting this past week on the sidelines on the Africa Now Conference held in Kampala.

Wim is married Barbra Adoso, a daughter of former Permanent Secretary in the Ugandan Ministry of Works, Eng. George William Owaraga, who was Museveni’s friends, according to reports.

Together, the couple has two children. They’ve been married since 2000.

A Belgian national, Wim Vanhelleputte also recently challenged his deportation in Ugandan courts of law, saying it was illegal and unjustified.

However, MTN Uganda officials have denied knowledge of his return.

“You know, we have an acting CEO. As regards of former CEO coming back, we have no details to that,” Val Oketcho, the MTN Uganda Corporate Communications Manager, told the Independent Magazine.

“I have read the postings on social media just like you have read but I have no idea about that. If we get to know, we shall release a statement,” she added.