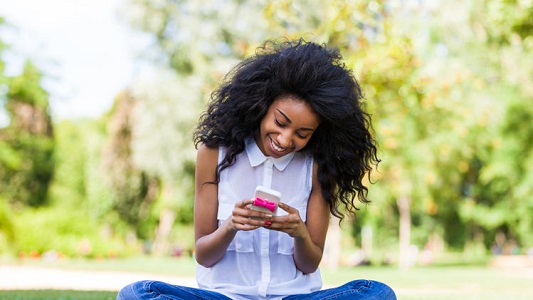 Lycamobile, a United Kingdom-based telecommunications company is laying the groundwork ahead of its launch in Uganda, betting on a market that saw Vodafone, once a very promising mobile network operator, close up shop in 2018.

Vodafone, which had been Uganda for four years, at the time of closure, had reportedly accumulated a debt of more than Shs300 billion, casting an impression that the market was not ready for new mobile network operators.

Vodafone had a little over 60,000 subscribers, way below its competitors like Africell (above 2 million), Airtel (more than 8 million) and MTN Uganda (above 11 million).

The closure of Vodafone unfolded alongside troubling times that saw K2 Telecom temporarily close the business before being absorbed by Airtel Uganda.

The telecommunications market in Uganda is currently dominated by MTN Uganda, followed by Airtel and then Africell.

Other telecom companies and internet service providers in Uganda include Smile Communications, which also mid-2018 lost its interconnection deal with Airtel; Uganda Telecom, which is still struggling to regain its glory; Tangerine, Smart Telecom, truIT Uganda, CSquared and Liquid Telecom.

Why is Lycamobile taking the risk?

Lycamobile, a mobile virtual network operator (MVNO), has been a player in the telecommunications sectors for more than ten years. An MVNO is a wireless communications services provider that does not own the wireless network infrastructure over which it provides services to its customers.

K2 Telecom is the current typical example of an MVNO in Uganda.

At the time of setting eyes on the Ugandan market, Lycamobile has already sold its telecom services in twenty-three countries, including Denmark, Germany, The Netherlands, Sweden, Australia, Spain, Italy, France, Belgium and Switzerland.

In Africa, it is only present in South Africa, implying Uganda will be the second market, if nothing changes.

In Uganda, Lycamobile will be partnering with Tangerine, one of the internet service providers in the country, according to a highly placed source, who refused to disclose details of the agreement, saying it was still premature to discuss the topic as they’re yet to agree on the launch program.

Tangerine is already in most towns in Mukono, Kampala and Wakiso, offering some of the most attractive internet rates to companies and individuals.

Leveraging Tangerine’s experience in Uganda, Lycamobile could strategize and win attention from the market.

What we know is that the market is hungry for more affordable internet rates, judging by the constant complaints that sweep through social media and other platforms every daily.

Uganda has been ranked as having the most expensive internet rates in East Africa.

Apart from the high costs of the internet, the infrastructure is also still largely wanting, which is why, even with telcos claiming the latest generations of cellular technology (4G LTE) to be existent in some areas, people still cry of poor connections.

So, a company that can get a way of addressing some of these challenges, may not necessarily dominate the market, but it could attract a good percentage of the market to make good business and serve happy customers.

According to our source, Lycamobile will focus only on 2G (for voice calls) and 4G (for internet users).

The company is already hiring for its operations in Uganda and close to twenty jobs in the marketing and engineering departments are open to applicants on the Fuzu platform.