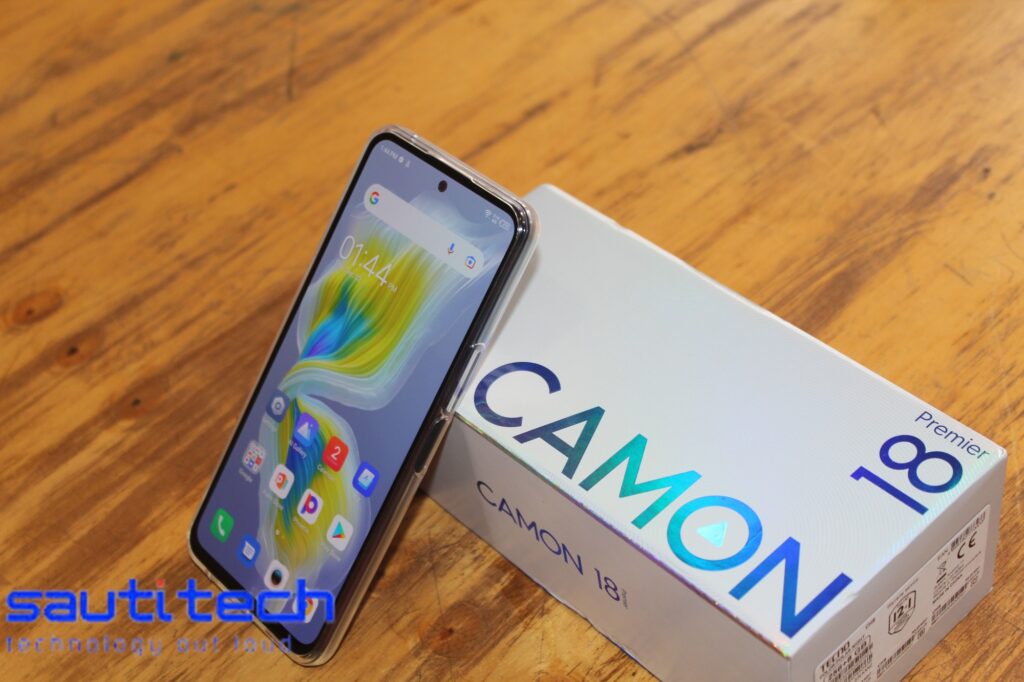 The Tecno Camon 18 series have not been on the market for so long, but a grab of the phone gives you reasons to have more of it! The phone series is part of the smartphone manufacturer’s flagship products, and we’ve got the opportunity to hold and spend some time with the Tecno Camon 18 Premier.

This post will not only give you a better first-time look at the phone’s design but also at its basic functionality.

On purchase, you get the phone in a cool white box – something that differs from the deep blue we’ve seen on the Tecno Camon boxes that we previously saw. Unwrap it and you’ll find the phone, charger head, a transparent phone case, earphones, USB-C fast charger cable, plus SIM eject tool.

You also get the 13 month warranty that Tecno gives out to its flagship phone buyers. 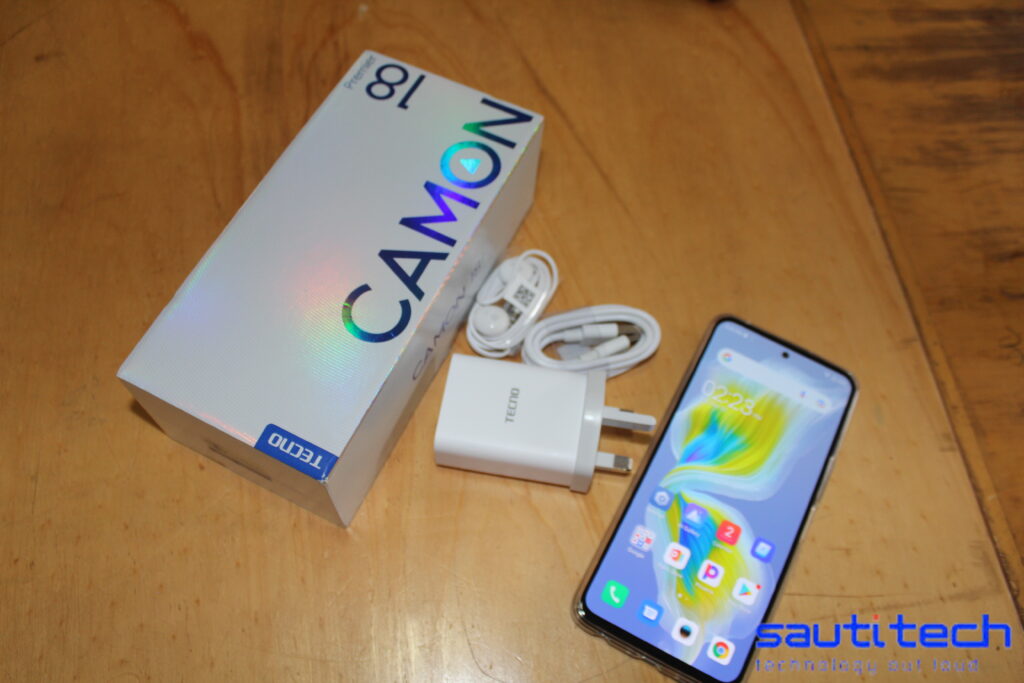 From the onset, one thing is strikingly clear. The Camon 18 Premier is the best Android falgship phone on the Ugandan market today. Right from the basic design, the glass front, plastic frame, and glass back – you get that temptation to think Tecno gave it the exact time it needed in production.

Everything about this phone strikes to the heart. The Tecno Camon 18 Premier comes with a dot-in notch on the front and lesser bezels than what any Camon’s ever had to offer.

The device features a 6.7-inch 1080×2400 display; along with the superb combination comprising of the 8GB of RAM and 256GB of expandable storage. The device is powered by the Mediatek Helio G96 octa-core processor. It also sports an impressive 4750mAh battery – that’s rocketed into space by the fast charger that comes in the phone. 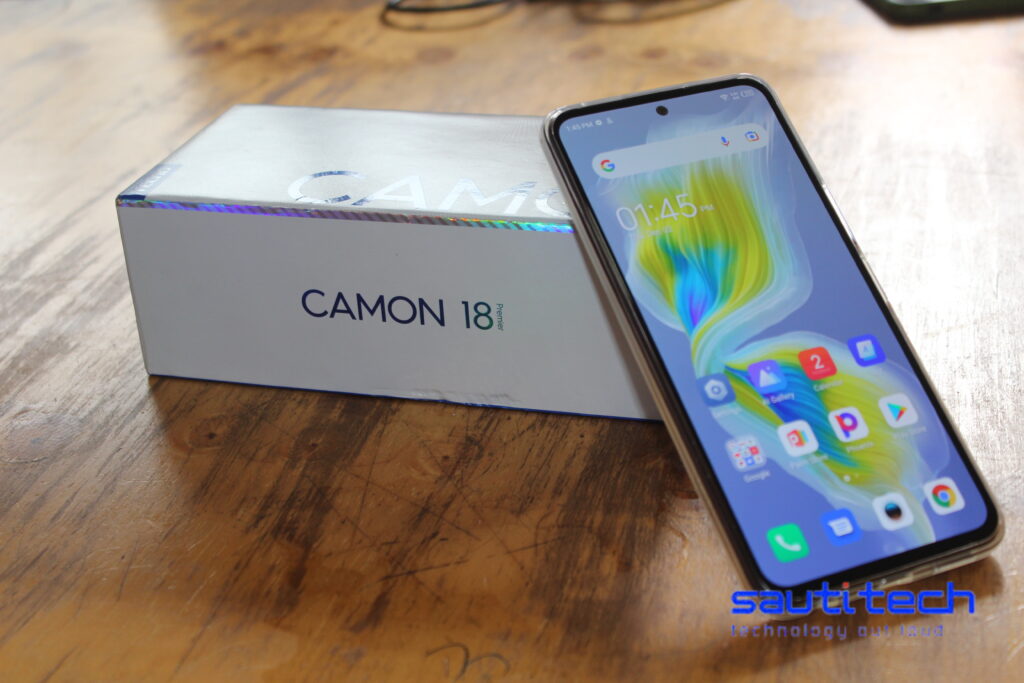 On the back of the phone, you find the camera revolution! Beyond what we know of the Camon series being super quality camera smartphones, the 18 shoots deep with a triple camera sensor setup.

The phone sports a 64 MP wide main camera, an 8 MP periscope telephoto camera that has an optical zoom of up-to 5 times, and an ultrawide 12 MP. You definitely can’t miss a shot with these three combined! A single 32-megapixel wide camera is found on the device’s front. 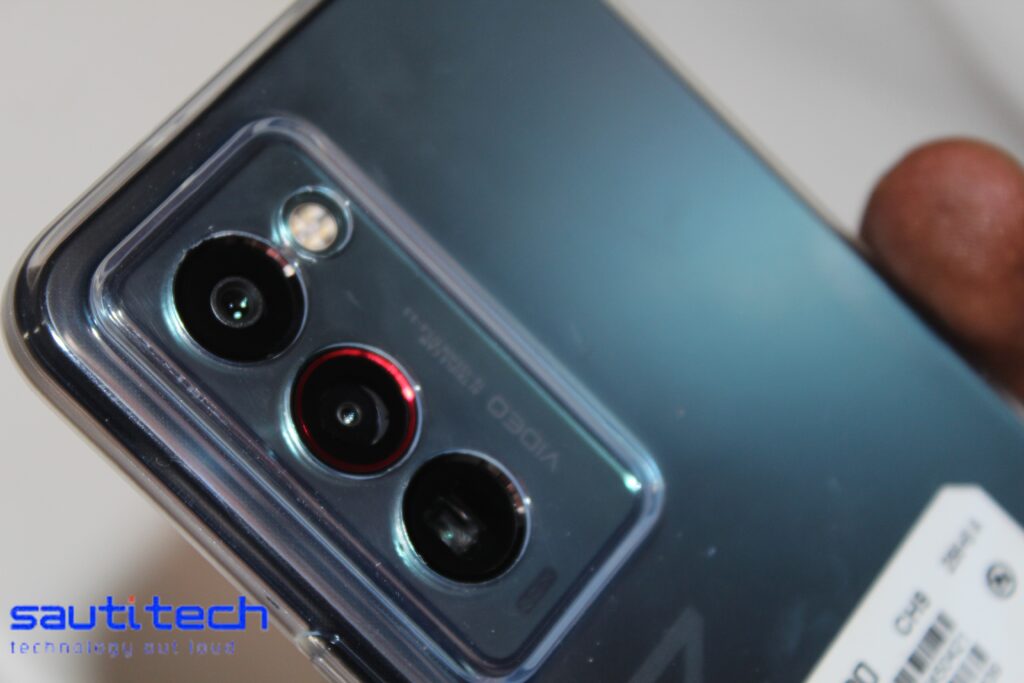 First, it is worth mentioning that the Camon 18 Premier is setting the bar of what Android smartphones from Tecno as a brand ought to offer. Then, the fluid software that makes it seem like you’re scrolling through a sea right to the unique camera performance, it all stands out!

The phone’s fast charge capability is equally astonishing – making 100% from nothing in less than three quarters of an hour. Need we mention that the processor perfectly combines with the storage and RAM combination to make everything fall in place when needed? The Tecno Camon 18 Premier is indeed worth spending cash on!

We’ll look into the detailed specifications of the phone and its performance after a week’s use in the review article coming up soon!