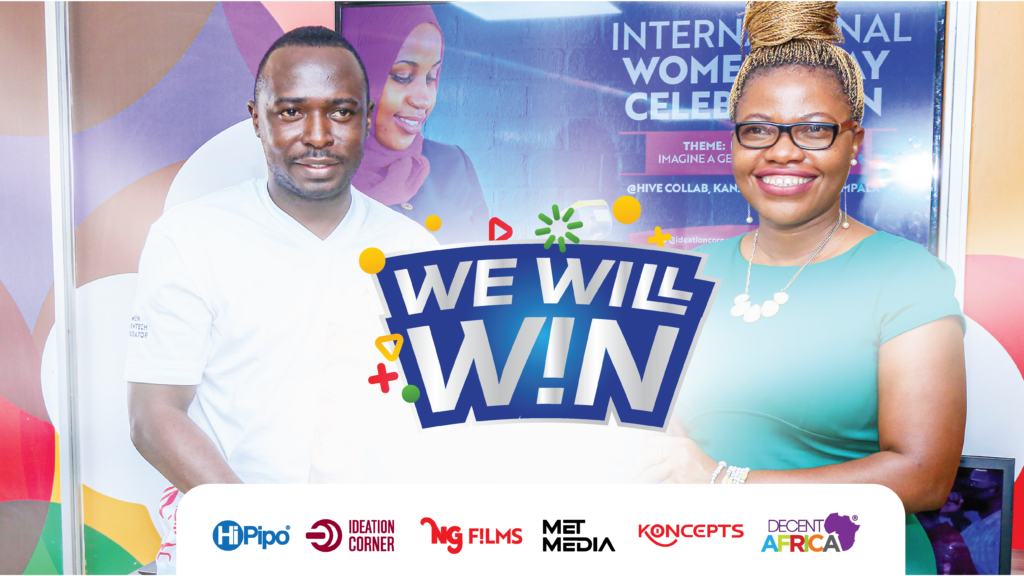 HiPipo & the Ideation Corner unveil the ‘We Will Win’ initiative

HiPipo and the Ideation Corner have announced the start of the We Will Win initiative, a project that is set to make extraordinary inroads into the development and growth of Uganda’s film industry.

The We Will Win initiative is the brainchild of and a collaboration between a number of like-minded influential players in the finance and entertainment industry. These are: HiPipo, The Ideation Corner, NG Films, MET Images, Koncepts & Sakyas, and Decent Africa.

We Will Win is a revolutionary and multi-pronged approach to steer to audiences and markets alike a high volume of quality films, all conceptualized, directed, and produced in Uganda, and all telling our stories our way.

We Will Win is to offer technical and financial support at all levels of these productions, from the script to the shoot to the editing room, and then go even further to secure the market for these visual stories.

This approach should see Uganda’s film industry move forward in leaps and bounds, not only by improving quality both in front of and behind the camera, but also by introducing Ugandan film to vast new interest and markets, both internally and externally, thus letting the industry emerge as the creative and empowering force it doubtless has the potential to be.

HiPipo will call on its extensive experience in the same, having been the first Ugandan enterprise to produce and then place a local production onto an international streaming platform and the Ideation Corner will leverage its vast experience in social impact funding.

“Be it action, drama, comedy or horror, be it mind-bending science-fiction or slapstick animation, experimental film or mythological fantasy, Uganda is a place of countless stories yet to be told and multitudes of voices ready to unfold and enthrall the world. Through our music and culture, we have shown we can hold the world’s attention,” says Innocent Kawooya, the HiPipo CEO.

He adds that “We Will Win is the springboard on which to make this vast creative leap forward, going even further in our storytelling and our entertaining. Yes, the time has come for us to stop looking for versions of our stories in those already told by others, but to finally go all out and tell our very own, and in our own way.“

The wider picture of the We Will Win initiative speaks to how the creative industries are critical to the Sustainable Development agenda. They are the bedrock of innovation and are an important factor in the ever-evolving services sector.

They support entrepreneurship and contribute to job creation, cultural diversity, and gender diversity. As such the United National General Assembly declared 2021 the International Year of the Creative Economy of Sustainable Development.

HiPipo & the Ideation Corner unveil the ‘We Will Win’ initiative