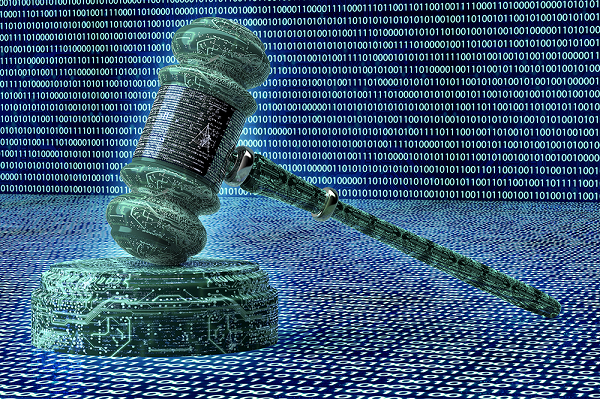 Legal Tech is a sector on the rapid rise in the Ugandan jurisdiction, growing by leaps and bounds. It has been described by a leading lawyer as “cool and fun” and a quick Google search will show you that it refers to the use of technology and software to provide legal services. Legal Tech companies are generally startups founded with the purpose of “disrupting” the traditionally conservative legal market. To find out more about this phenomenon, I paid a visit to the “Tech Hub”, a technology incubator located in the central business district of Kampala. The Tech Hub Technology Incubator is a brainchild of two Ugandan Law firms, Ortus LLP and KTA Advocates together with Techcellerate Limited.

The interaction I had with Silver Kayondo, a managing partner at Ortus LLP, enlightened me on the state of legal technology in Uganda specifically the drive behind the newly setup “Tech Hub” whose origin leans towards the need to support the numerous tech start-ups including but not limited to agri-tech, fin-tech, app developers and guiding companies involved in legal tech solutions.

The Legal Tech sector exists to meet these needs by addressing questions like what next after incubation? how to make these start-ups investor ready, address legal tech compliance needs, providing legal support in areas like incorporation and due diligence, negotiation of term sheets, investor shareholder agreements etc. He also pointed out the changing stage of litigation with emerging areas like electronic discovery, e-filing (a scheme rolled out by the Judiciary) and predictive coding to mention but a few as some of the game changers creeping into the largely traditional legal profession. A legal tech hub as such would also be handy in this era where blockchain technology and the digitized monetary era of crypto-currency is on the rise. The ordinary citizen may not be at par with the dynamics of those systems however tech-savvy lawyers abreast with the technology advancements would benefit from the market especially in the areas of use, application and regulation.

Legal technology as a growing sector also leans on a concept largely encouraged by the advancements in technology known as Legal Process Outsourcing (LPO) which refers to the practice of a law firm or corporation obtaining legal support services from an external law firm or legal support company (LPO provider). The numerous disciplines and fields in the market do need specialized services and this is where the Legal Tech as a sector flourishes. It has been pointed out to me that the in-house counsel budget is on the downward curve due to institutions seeking/preferring external “specialized support” which in turn has helped the legal tech fraternity to flourish.

The future is bright; Kayondo talks of “infusion of law within tech”; for example, the application of electronic discovery procedures, electronic conferencing facilities, online mediation and arbitration, the introduction of blockchain in the market being a major game changer. The risks of these advancements, however, should not be ignored and these include cyber risks such as breaches in cybersecurity. therefore, there is need to put importance on confidentiality, a great need for data protection, the need for encryption systems, formulation of internal I.T policies in institutes and organisations. The market also needs to embrace blockchain and digital currency, the United Kingdom, for example, has embraced this technology through their central bank and to show support for this movement, the Government of Uganda through the Ministry of ICT and National Guidance and Blockchain Association of Uganda hosted the Africa Blockchain Conference in May this year where progressive matters were discussed. Kayondo did share, much to my surprise, that in 2014 he accepted bitcoin as a form of payment, a time when crypto-currency faced a lot of negative criticism.

Legal Tech in Uganda does indeed face some challenges since it highly depends on digital inclusion in a state where broadband and internet networks are not very widely spread challenges its existence because for legal tech solutions to work they need to be powered by a good internet network. There is also low investment as shown in most start-ups and hubs which rely on equity funding however the Judiciary and the Uganda Law Society through the Legal Aid Programme are doing their best in this area especially in matters concerning access to justice and the government through NITA (National Information Technology Authority – Uganda) an autonomous government parastatal under the Ministry of ICT and National Guidance mandated to coordinate, promote and monitor I.T developments within the context of National Social Economic development  is also doing tremendous efforts to address some of the above challenges.

There is a need for legal professionals to continually innovate and attend to various sector needs because various disciplines complement themselves, LPO’s, as shown above, are essential game players, go ahead and unlock the value tied up in non-traditional legal areas. The courts of law are doing their best to cope with these advancements especially financial-tech and legal-tech and the bench can boast of some tech-savvy Judges which is a good thing because by being direct players in the market courts are not just adjudicators but also consumers of technology. The entire profession should not ignore this and there is a need for awareness through conferences, writing expository articles and periodic updates which will enable many to tap into this rich market. The future remains bright.

The writer is a student of Law.