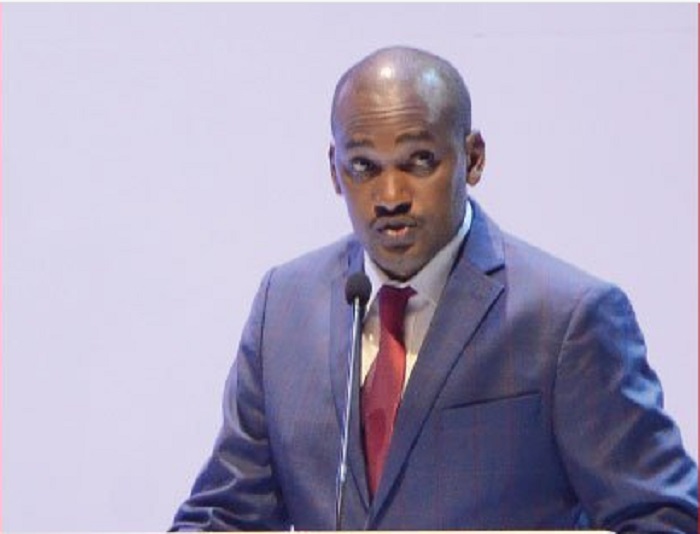 Minister of Information, Technology and Communications Frank Tumwebaze said Wednesday that the country has already come up with significant strategies that will see her extensively participate in most of the emerging technologies.

The minister who was speaking at the first ever African Blockchain Conference that was attended by hundreds of delegates from over 20 countries and hosted at the Kampala Serena Hotel, said that Uganda through the ministry of ICT is “keenly following” most of the “emerging technologies like The Internet of Things, Big Data, 3D Printing” among others.

To facilitate participation in these transitional technologies, he said that in addition to investing heavily in the backbone connectivity, government was “now looking at other forms of broadband infrastructure and satellite internet” in order to enhance optic fiber to foster internet connectivity.

Speaking at the conference, the minister said that these are some of the projects the government is pushing such that in a few years, working alongside licensed telecom operators, the target of having “a minimum of 3G network in most remote parts of the country and a minimum of 4G and 5G networks in urban centers”, is achieved.

Telcos in the country have responded to the call and they are working on upgrades, he said. Tumwebaze believes “without connectivity, there is no technology you can talk about.”

One of the other major developments the government has done toward boosting what the minister called the science innovation ecosystem is earmarking 15 million dollars (about Shs56 billion) to support related projects.

In April, 12 innovators, after rigorous evaluation were selected to share 800,000USD (about Shs2.9 billion)) in seed funds. The beneficiaries are both at start-up and operational level.

Through the National ICT Initiatives Support Program (NIISP), the first ever government owned innovation hub in also being constructed in Nakawa, Kampala, and Tuwmebaze says it will “offer free workspace to young innovators and it will be a connecting center for ICT skills knowledge transfer.”

Basing on the above projects, Tumwebaze believes that technologies like blockchain “will easily take off in Uganda because the enabling framework is in place.”

Citing an example of one the innovations (an academic information system) that was selected among the aforementioned 12 and is already being used in public service, he said that embracing blockchain among other emerging technologies could see such an initiative get “upgraded to be more resilient.”

In his speech, Tumwebaze urged technology companies to support various government initiatives to boost technology like the hub that is expected to be launched this year in order to enhance government efforts to propel innovations.

Aware of the criticism towards blockchain, the minister said that the team at the ICT ministry will continue to work closely with the private sector to explore how the blockchain can be incorporated in various industries.

“In the coming weeks”, he went on, after consultations with the President and the Prime Minister, “the ICT ministry shall appoint an advisory task force to start assessing opportunities of the technology”, how to harness them and also “mitigate the challenges.”

According to him, the conference was crucial such that the strengths and the weaknesses of the emerging technology are discussed, arguing that avoiding technology is harmful in this day and age.

“… the technology will not be wished away by ignoring it. What will happen instead … is disruption. If you ignore technology you won’t wish it away, you have to adopt it; if you don’t do so, others will do so … it will disrupt it you,” he advised.

President Yoweri Museveni, who was the chief guest at the event also backed the minister, saying that the “government will discuss the possibility of adopting blockchain technology and look at the legal framework needed for its implementation, considering its benefits.”

The government will discuss the possibility of adopting blockchain technology and look at the legal framework needed for its implementation, considering its benefits.

This technology should be appreciated because it is an innovation of professionals who are transparent and trust each other. They are elites working to replace the traditional way of secrecy with openness in doing business.