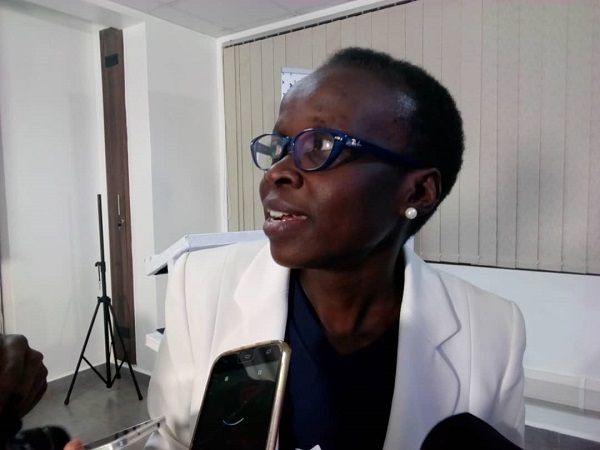 Andela, a multinational technology company on Wednesday, July 18, launched its operations in Uganda, appointing Jackie Ochola, to oversee the activities of Andela Uganda.

As the country director, Jackie Ochola will be responsible for building the Andela team and developing the company’s growth in Kampala.

Launched in 2014, Andela has continued to expand globally with offices in Lagos – Nigeria, Nairobi – Kenya, San Francisco and New York – US.

Andela Uganda office are located in Bukoto, a Kampala suburb and the tech hub looks to equipping the next generation of technologists and innovators with the required expertise needed to accelerate the advancement of their local communities through technology.

In this article, we look at a short profile of Jackie Ochola, who has been in the engineering and management field for almost two decades, basing on information obtained from the internet.

Ochola’s appointment is backed by her previous work records that come with the experience from Kenya, DR Congo, and others.

Ochola started her career in engineering management after being appointed operations manager responsible for GSM network processes at Uganda Telecom in 2005, a position she held for 2 years and 4 months.

Between 2008 to 2009, she served as Global Project Manager for DR Congo’s telecom giant, Leadcom. In the Congo, Ochola was also responsible for the telco’s infrastructure development projects.

In March 2009, she managed services directories at Alcatel-Lucent, serving in that capacity until September 2010 before being transferred to Nairobi, Kenya as a senior general programmes manager.

However, in 2012, Jackie Ochola took a break from her career to volunteer as a career guidance helper at Gayaza High School, an institution she had attended for post-primary education.

Ochola holds a Bachelor of Science in Electrical Engineering obtained from Makerere University.

She also has a Master’s degree in Telecommunications Management obtained from Coventry University in the United Kingdom.

People who have worked with or know Jackie Ochola speak good of her. For instance, Willy Gerald, a regional director, CMG, says “Jackie is a very experienced telecom professional and has contributed highly to the growth of many companies and the setup of various global offices. She has excellent relationships with clients and external bodies. She shows attention to detail when ensuring great customer care and service. I highly recommend her.”