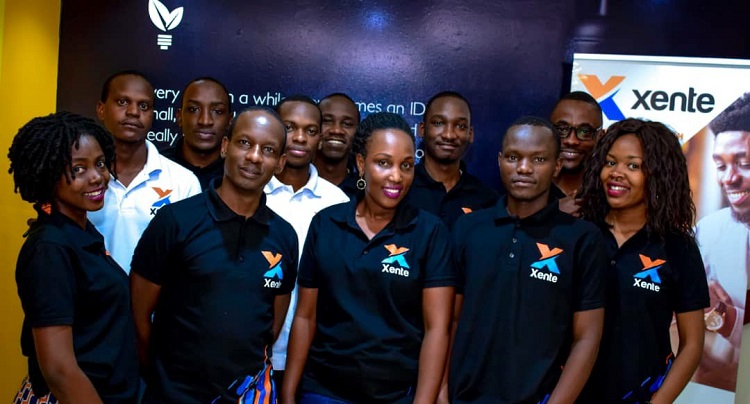 Xente, a Ugandan grown online service provider, and payment gateway is in the process of establishing itself in other African markets, Lyn Tukei, a marketing and public relations officer at Xente LTD, confirmed to this website on Monday.

Launched in February 1, 2017, naming Allan Rwakatungu and Francis Nkurunungi, both founders, as chief executive officer and chief operating officer respectively, Xente has since offered wide-ranging products and financial services to its users, including online shopping, purchasing airtime across all networks, paying bills, buying movie and bus tickets among others. The payments are made either by way of mobile money or through the bank via the Visa Mastercard.

Must read: After scratch cards ban, here are other means of buying airtime

To attract customers and, more importantly, retain them, the company has been carrying out multiple promotions where the users get cashback. Currently, according to Lyn Tukei, they have more than 10,000 people using the app.

If the above figure is right, given the current challenges that have hit the FinTech sector with the introduction of social media and mobile money taxes on top of a limited middle-class group and embarrassing number of internet users in the country, that they have reached this level in just a year and a half, is quite commendable.

However, Xente is still limited to people using phones running on the Android operating system. When asked why they hadn’t put the app on App Store, Tukei wrote to us: “Most users are on Android… but we are delivering the iOS version very soon. The web is also available for users who can’t access the app on mobile.”

For the start, according to Lyn Tukei, they will be rolling out their services in Nigeria and she told this website that they picked the populous nation because it “is a vibrant and fast-growing economy”, adding: “We are thrilled to be part of it.”

Xente’s expansion plan announcement comes hot on the heels of the launch of SafeBoda, another homegrown app in Kenya. Some analysts have said that the rush to expand is not good for some of these young companies since they still have challenges that need to be addressed and could become hard to contain after expansion.

But some of the founders of these start-ups say the Ugandan market is mainly in Kampala, and once the growth starts stagnating, it means without extending their footprints to other markets, the company won’t grow any seriously further. The expansions are also influenced by investors in the companies who hope that internationalization will increase the company’s value when sourcing funding or they want to compete with local services offering the same product before they expand to a point of being unconquerable.

Uber is among the countries that have exploited the city-by-city expansion strategy; within six years, Uber was already present in over sixty cities, and in some cases growing bigger than local apps it had found.

The expansion, however good, it also has its challenges which include product localization, local competition, regulatory approvals among others.

Meanwhile, aside from Nigeria, Xente is also looking to “scaling to South Africa and Kenya soon through our partners across Africa.” The Xente spokesperson declined to reveal the investors in the company.

Asked about the challenges the company has faced in the past one year, Tukei wrote to us: “Just like the rest of Africa, there’s poor infrastructure such as unreliable and expensive access to internet which makes it difficult for people to participate in the digital economy, big information gap since most Ugandans are not well versed with the idea of formal finance … so ours is to struggle for financial inclusion for all.”