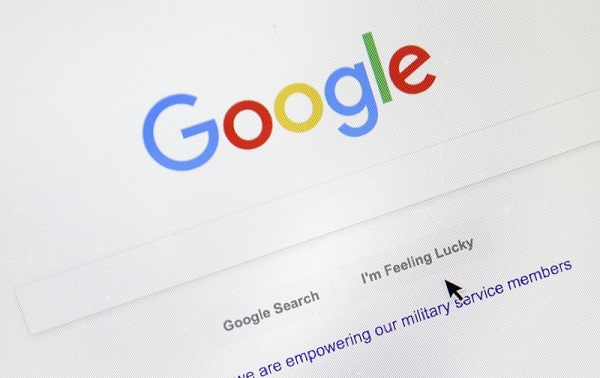 Political leanings don’t factor into Google’s search algorithm. But the authoritativeness of page links that the algorithm spits out and the perception of thousands of human raters do.

In a tweet early Tuesday, the U.S. President Donald Trump called Google’s search results “rigged,” claiming that searches of “Trump news” only showed reporting by what he called the “Fake News Media.”

Google responded, saying in a statement, “We don’t bias our results toward any political ideology.”

Google search results for “Trump News” shows only the viewing/reporting of Fake News Media. In other words, they have it RIGGED, for me & others, so that almost all stories & news is BAD. Fake CNN is prominent. Republican/Conservative & Fair Media is shut out. Illegal? 96% of….

Here’s a look at how Google returns results when you search for things, news, and even news about Trump.

What Google’s bots do

At its core, Google indexes the entire web — some hundreds of billions of pages — using programs called web crawlers. These bots collect descriptions of pages and their incoming links and save this information in Google’s data centers. When you search on Google, it scans this index — which is more than 100 million gigabytes large — to quickly provide what it thinks are the most relevant results.

Google knows the most popular search terms and, if you’re typing, offers to complete the words as you go.

Search results are created by an algorithm that has been fine-tuned to incorporate the reviews of some 10,000-plus employees commonly known as search quality raters.

These individuals follow a set of guidelines to judge the quality of search results, particularly when Google engineers are considering changes to the search algorithm.

Last year, Google engineers tweaked the search algorithm 2,400 times based on the results of more than 270,000 experiments, rater reviews, and live user tests.

When it comes to judging the quality of the top news stories that Google displays, three major issues come into play, according to Google: Freshness, relevancy, and authoritativeness. Google’s crawlers scan pages more frequently if they change regularly.

In the case of news sites, new stories can be added to the index within seconds of publication. Fresher stories will get bumped up in search results.

Results that are more relevant to a search tend to appear higher on the results page.

Raters measure the authoritativeness, expertise and the trustworthiness of the sources that appear in search results. Google suggests that raters consider recommendations from professional societies and experts to determine a page’s authority.

Examples of high-quality news sources include ones that have won Pulitzer Prizes, that clearly label advertising as such, and that garner positive reviews from users. Pages that spread hate, cause harm or misinform or deceive users are given low ratings, Google says.

The guidelines tell raters to give a low ranking to pages “deliberately created to deceive users.” They provide an example of a source that “looks like a news source” but “in fact has articles to manipulate users in order to benefit a person, business, government or other organization politically, monetarily, or otherwise.”

Results for most people look the same, but Google results are heavily impacted by location, especially if you search for a physical location like a store. Users’ search history can also impact results slightly based on frequently conducted searches.

How African countries are applying blockchain to transform service delivery