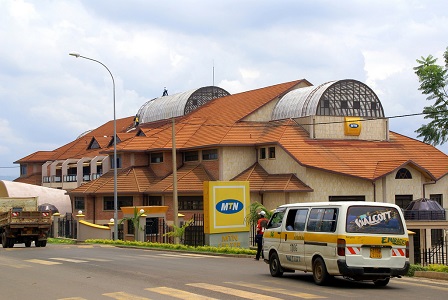 MTN Group has announced plans to launch its own music streaming service and new applications to increase its revenue and improve the experience for its users.

“Key focus areas for 2019 are the launch of our own music streaming and instant messaging applications and extending MTN mobile money from 14 to 18 countries through launches in South Africa, Nigeria, Afghanistan, and Sudan,” Rob Shuter, MTN’s group president and CEO, has said.

The plan was revealed in a statement announcing MTN Group’s financial results for the year ended December 2018.

According to the statement, the telecommunications company met all its medium-term targets, reduced its holding company leverage and accelerated service revenue growth driven by the implementation of its BRIGHT strategy.

MTN Group increased its subscriber base by 16 million to 233 million customers across 21 markets in Africa and the Middle East.

The number of active data users increased by 10 million to 79 million and the active mobile money subscriber base rose to 27 million.

Must read: Why govt is cracking the whip on MTN Uganda

“The service revenue growth rate achieved is ahead of both prior year and our guidance and – more importantly – is above the average rate of inflation in our markets, which means we are delivering real growth in service revenue,” said Shuter.

Group Ebitda rose more than 15% and reported headline earnings per share (HEPS) increased to 337 cents from 182 cents in 2017. Adjusting for once-off items HEPS would have been 565 cents per share.

The total full-year dividend of 500 cents is well covered and a final dividend of 325 cents has been declared, according to the statement.

This review covered not only its subsidiary companies but also its associates and its investments in e-commerce investments and tower companies.

The group has R40 billion tied up in the value of the e-commerce and tower company investments and has announced that they are not viewed as long-term strategic assets of the group and will be monetized over time.

The group has committed to the portfolio review realizing more than R15 billion over the next 3 years excluding any proceeds from its R23 billion position in IHS.

Pursuant to this, MTN Group announced that it would be disposing of its associate in Botswana, Mascom, for $300 million where its lack of control position and MTN branding meant that the group is not able to execute on its BRIGHT strategy.

The group stabilized its gearing, bringing the holding company leverage down to 2,3 times in December 2018 from 2,9 times in June 2018 and within the target range of 2,0 to 2,5 times. The group’s overall gearing moderated to 1.3x.

“We have made good progress to improve the holding company leverage bringing it within the medium-term guidance range we set out. Proceeds we receive from the asset realization program will support efforts to further reduce debt and de-lever the holding company balance sheet.” said group CFO Ralph Mupita.

“We believe the holding company leverage is appropriate, and we can well manage the debt and deliver on our 500 cents progressive dividend policy in the future,” he added.

The company overcame several regulatory headwinds in 2018, the most material of which was the Central Bank Central Bank of Nigeria dispute on historical dividend repatriations.

This was resolved and MTN announced in December 2018 that they had agreed to implement a notional reversal of the 2008 private placement and consequently made a resolution payment of $53 million.

The group is committed to further enhancing its risk management and stakeholder management processes.