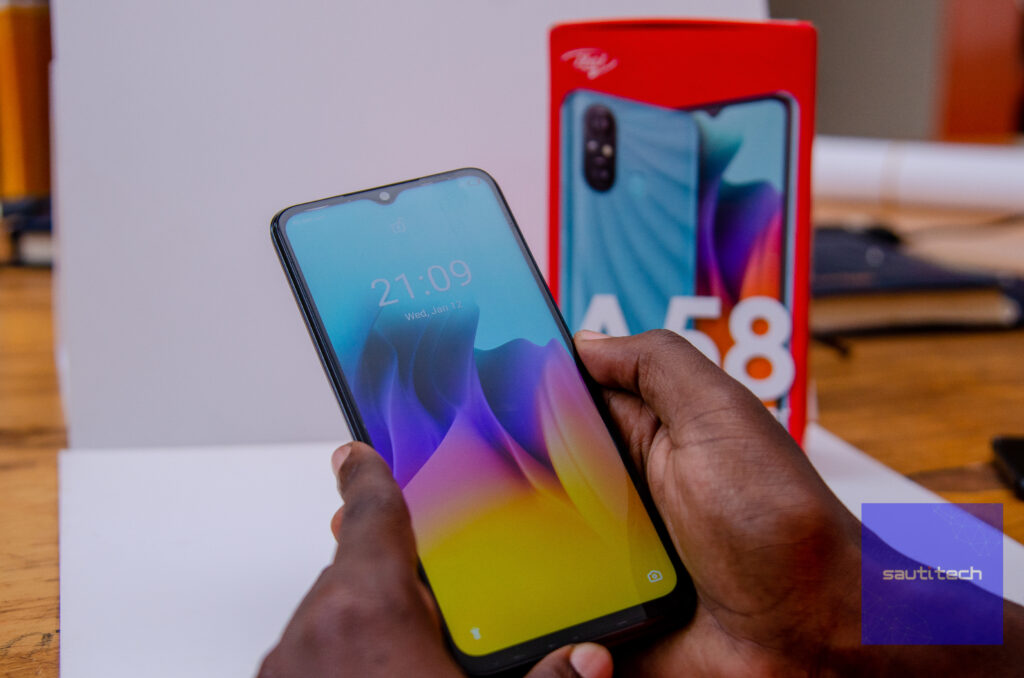 itel A58 Review: the ‘More than Bigger’ smartphone

The itel ‘A’ line of devices are entry-level phones that are enriched with all the basic phone features. The itel A58, does not differ in any way, packing a massive 6.6-inch HD+ display, alongside a dual set of rear cameras, Android Go Edition, and powered by a massive 4000mAh battery.

This review of the device takes into consideration 10 days of using the new A-lister, as well as the exciting improvements that the brand has made to the phone since the A56. 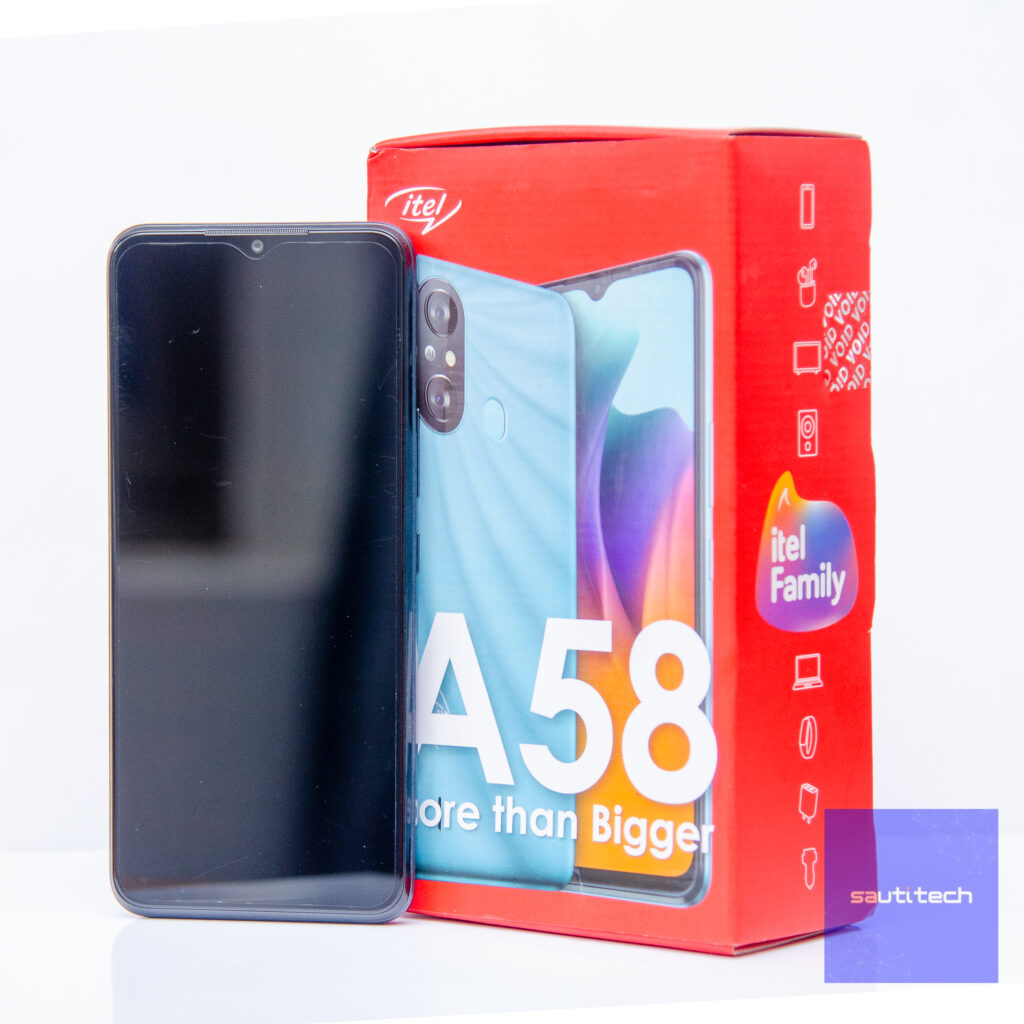 itel A58: Design and Display

The itel A58 design is so smart and stylishly built that it’ll be so hard to restrict the phone’s attractive aesthetics. Although it comes with a plastic body instead of glass like most recent flagship phones, it’s still preferable to keep the price low. Similar to most itel phones, the A58 features a teardrop notch which is somehow outdated as most recent phones are now equipped with a smaller dot-hole notch.

Flipping through the back you’ll be welcomed by itel’s design prowess. The rear camera bump is a unique feature and somehow gave the phone a flagship look. The ‘itel’ brand logo is boldly scripted on the left side of the phone just below the camera.

The itel A58 is enriched with the necessary phone ports connection. There’s a 3.5mm headphone jack for wired earphone fans and a USB port for charging the device. On the right side of the phone are the perfectly positioned power button and volume rockers while on the left is the dual SIM card and SD card slots.

At 6.6-inch, the itel A58 is one of the biggest phones from the Transsion Holding company. It packs some amazing display qualities that are vivid and colourful enough to keep you going. With up to a 1B colour gamut, you’re ready to enjoy the highest viewing experience on the itel A58 display.

Although the itel A58 is not primarily a camera device it does well in delivering perfect photos in well-lighted conditions. The selfie camera could be considered as one of the best features of this smartphone. It takes a better shot than most smartphones within the same price range.

Some of the features of the phone’s camera include AI Face Beauty, Bokeh effect, One-click share, and many others. 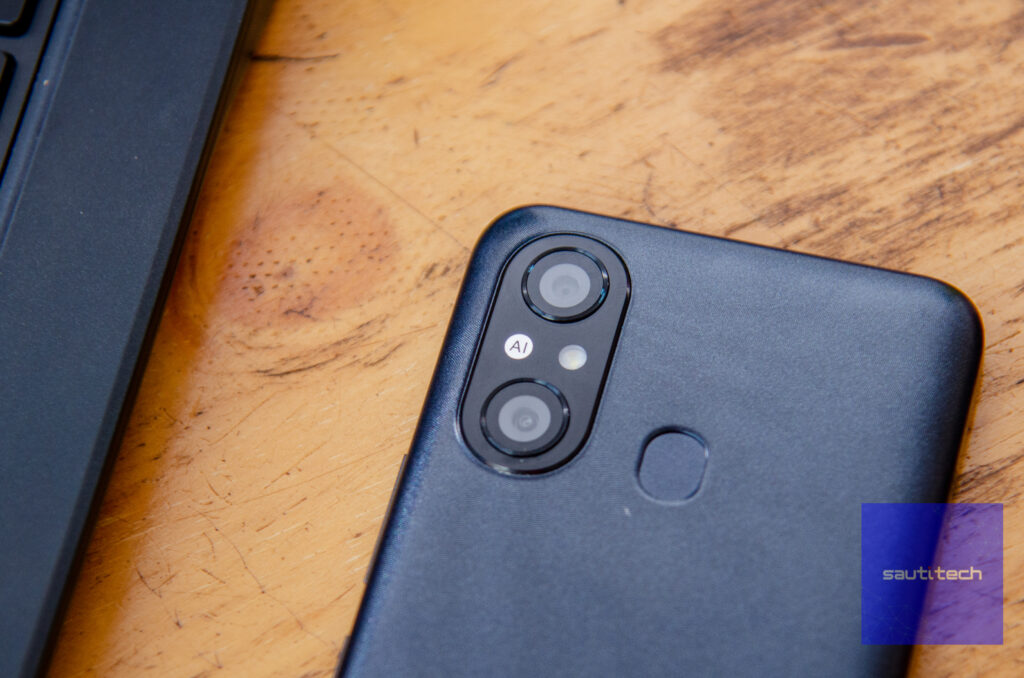 itel smartphones are not primarily known to deliver the best performances and the A58 is not different either. itel once again fails to improve the general phone’s working speed, especially while gaming. However, if you’re not a heavy user, you won’t find any problem using the A58 for your normal day-to-day tasks.

Meanwhile, the 1GB of RAM and 16GB built-in storage is too small for this type of smartphone. Although there might be an increased 2GB and 32GB storage variant but we’re not sure of that yet. Fortunately, you can easily upgrade the phone’s internal storage up to 128GB via SDcard support.

The itel A58 is powered by a 4000mAh battery capacity that’s good enough for daily use without connecting the phone to your charger. There’s no doubt this is the best feature of this device.

itel A58: Price in Uganda and Availability

itel kicked off 2022 with the launch of the A58 device with music stars, Fik Fameika and Spice Diana, who are also the brand’s official ambassadors. The phone is expected to start selling in Uganda from UGX 200,000.

The device is also available for purchase at itel official branded stores nationwide.

itel A58 Review: the ‘More than Bigger’ smartphone