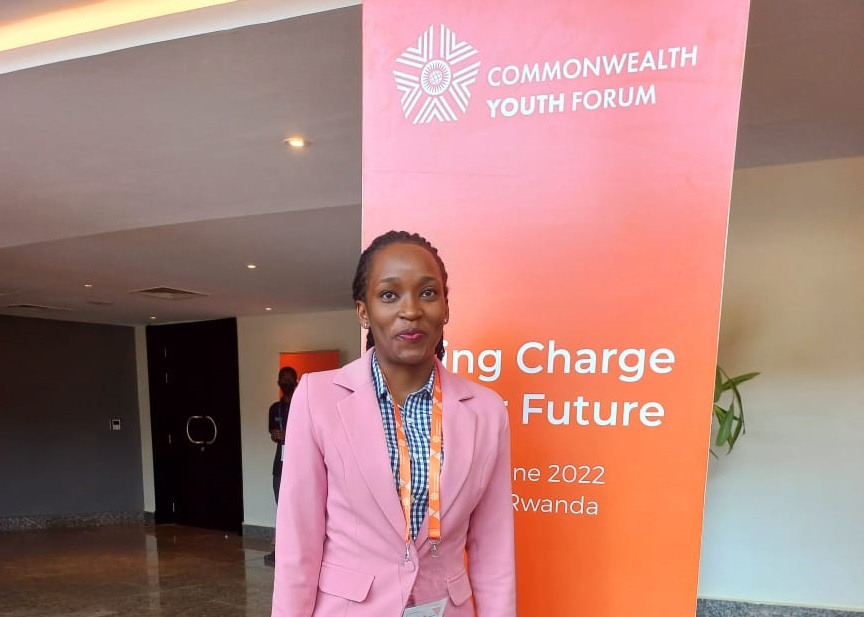 Ugandan techpreneur, Shamim Nabuuma Kaliisa, has sworn in as the African Representative on the Commonwealth Youth Council (CYC) Executive Committee.

Ms. Nabuuma, who is the founder and CEO of the CHIL Artificial Intelligence Lab Group and a co-founder of Solerchil Technologies, took oath as part of the new executive to serve until 2024.

This was during the Commonwealth Youth Forum, held ahead of the 2022 Commonwealth Heads of Governments Meeting (CHOGM), under the theme ‘Taking Charge of Our Future’.

“I grew up in Africa, schooled in Africa and started my business in Africa before I scaled to the rest of the world. I therefore know each problem every enterprenuer faces in their journey and it why I accepted the Commonwealth appointment,” says Ms. Nabuuma on her new role.

She adds that, “I am here to look out for ways to help tech enterprenuers get training, to scale their innovations, get linked to the investors willing to invest in the African tech ecosystem, and every young enterprenuer is my priority because I am one of them.”

What the African Representative on the Commonwealth Youth Council does

As the African Regionl Representative, Ms. Nabuuma will support the overall governance of the Council in their respective regions. She is accountable to the General Assembly as the official link between the CYC and the African continent.

Ms. Nabuuma will also be an advocate for young people in the Commonwealth is considered an ‘ambassador’ for the Council in Africa. She will as well coordinate and promote the work of the council at the African regional level.

The CYC, which is led by a nine-member executive team, acts as a coalition of national youth councils and other youth-led civil society and private sector bodies from across the 54 member countries of the Commonwealth.

The Council works to mobilise, amplify and action the voices of young people and advocate for governments to meaningfully engage and develop young people. It partners and collaborates strategically with the Commonwealth Secretariat and other organizations with a focus on youth development and global change.

Recently, Shamim Nabuuma’s CHIL Group was among the 30 women-led startups that benefited from the Women Entrepreneurship for Africa (WE4A) growth programme.

In April 2020, she became the first Ugandan to make it on the cover of Forbes Magazine, for her selection in the magazine’s Africa 30 under 30 list.

In 2021, she was selected by the Bloomberg New Economy as one of the extraordinary individuals forming the inaugural class of catalysts which includes 30 other scientists, researchers, entrepreneurs, and policymakers. In the same year, she was also profiled among the 80 women advancing AI in Africa.