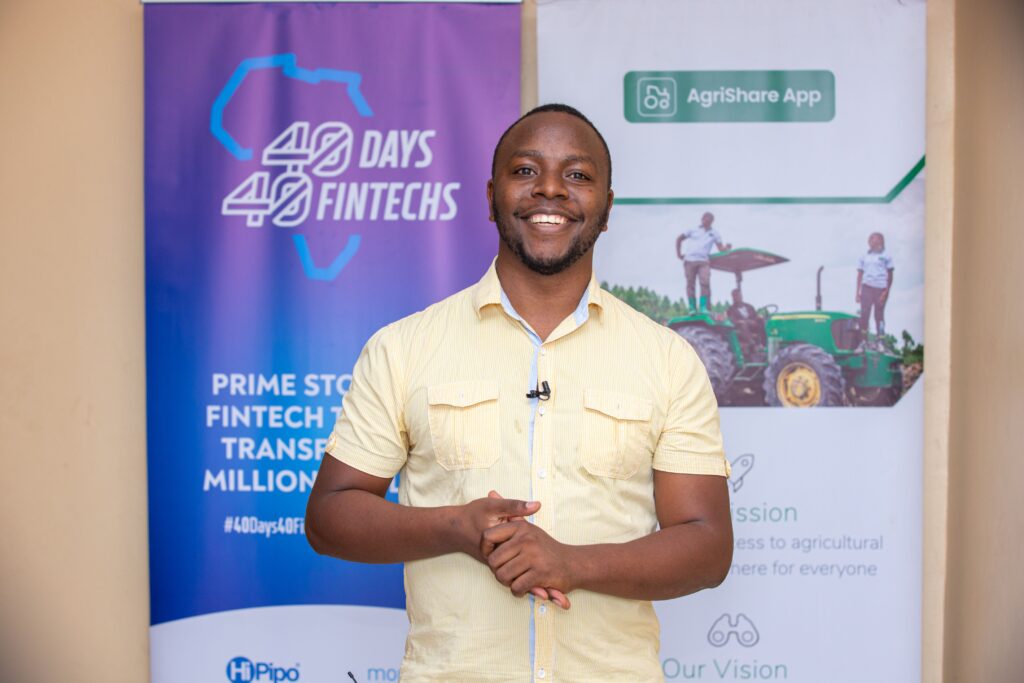 No serious storyteller can narrate Uganda’s post-independence story without giving prominence to the famous Luweero triangle. It is that pivotal but that is a story for another day.

For decades, farmers in Uganda have earned very little, sometimes nothing from their produce and farmland due to issues such as failure to source the right inputs, absence of modernization equipment and inability to access ready markets among others.

But this may soon be a thing of the past, if the latest developments in the sector are anything to go by.

Based in Luweero, a group of youth is taking lead in the modernization and commercialization of Agriculture. They are doing this through a digital-based platform named AgriShare.

AgriShare is a social enterprise which uses mobile digital technology to connect farmers to services like land for hire, tractors, irrigation equipment, and labor and value addition equipment.

Launched in Uganda in 2021, AgriShare already has over 15,000 subscribers and over 10,000 transactions. Even so, AgriShare’s story started in Zimbabwe in 2017 where over 50,000 people are using the platform. Encouraged by this success, the platform is now expanding in other African countries with Malawi next in queue, with a launch planned for this year.

Agriculture in Uganda employs more than 70 percent of people, but Ugandan farmers are also the poorest. Farm productivity is substance-based because of the absence of equipment and other essential farming services.

“Over 70% of land in Uganda is arable for agriculture, yet less than 30% is under cultivation. Predominantly, the most used tools used are rudimentary. Admittedly, they are most times too expensive to afford. The twist is though, as some struggle to get equipment, others have them lying idle,” says Paul Zaake, the Managing Director at AgriShare.

Zaake says he has built a network of agents to help farmers and service providers, who may not be familiar with smart phones.

“All we are doing is to change the way Agriculture is done in Uganda. We are here to improve food security. But most importantly, we are here to ensure that farmers have joy, create employment and boost our economy,” Zaake noted.

On the other side, a farmer with excess or idle resources can list them on the Agrishare application and earn extra money when they are hired out. In a nutshell, the application is where resource owners meet resource-seekers.

With concerns of low smartphone penetration and high internet charges, Agrishare has agents spread across the country, to help farmers book or list resources.

AgriShare is the first participant to be featured on the 40 Days 40 FinTechs initiative, season three that has officially got underway on the 13th of June, 2022.

Now in its third edition, #40Days40FinTechs has quickly grown into one of the world’s premier showcase events for the innovations that are enabling ever more people to join the digital economy space. That is surely going to remain the case, in large part due to the inspiration and collaboration that our partners; Level One Project, Mojaloop, ModusBox, and Crosslake Technologies generate, but mostly because of the continuing, generous support of the Gates Foundation.

Digital Innovators and FinTechs around East Africa should be more eager to embrace 40 Days 40 FinTechs as Season three will cover physical destinations in Uganda, Kenya, Tanzania, Burundi and Rwanda.

Run under HiPipo’s Include Everyone program that also encompasses other initiatives such as FinTech Landscape Exhibition, Women in FinTech Hackathon, Summit & Incubator and the Digital and Financial Inclusion Summit and Digital Impact Awards Africa; the #40Days40FinTechs platform aptly provides a setting for the various players and stakeholders involved in digital and financial technology to exhibit their products & Services and also share their ideas on how more of us, especially those unserved and underserved by the present financial systems, can be brought into the fold.

The 40 Days 40 FinTechs initiative offers participants useful tools and an introduction to industry’s emerging technologies, such as Mojaloop Open Source Software, and guidance from Level One Project foundational material. The skills gained from this initiative cover Level One Project Principles, Instant and Inclusive Payment Systems (IIPS), Inclusive Finance and FinTech in general.

According to HiPipo CEO Innocent Kawooya, this year’s edition will cement achievements of the previous editions – where over 60 FinTechs have been transformed – but also build on them to leverage digital financial inclusion in East Africa and beyond.

“As HiPipo, our extensive effort and advocacy is partly for the intention of championing digital innovation and interoperable instant and inclusive payment systems (IIPS) in Africa to a point where our innovators enjoy and achieve sound profit margins to help them keep designing and deploying affordable and inclusive financial services for the poor,” Kawooya said.