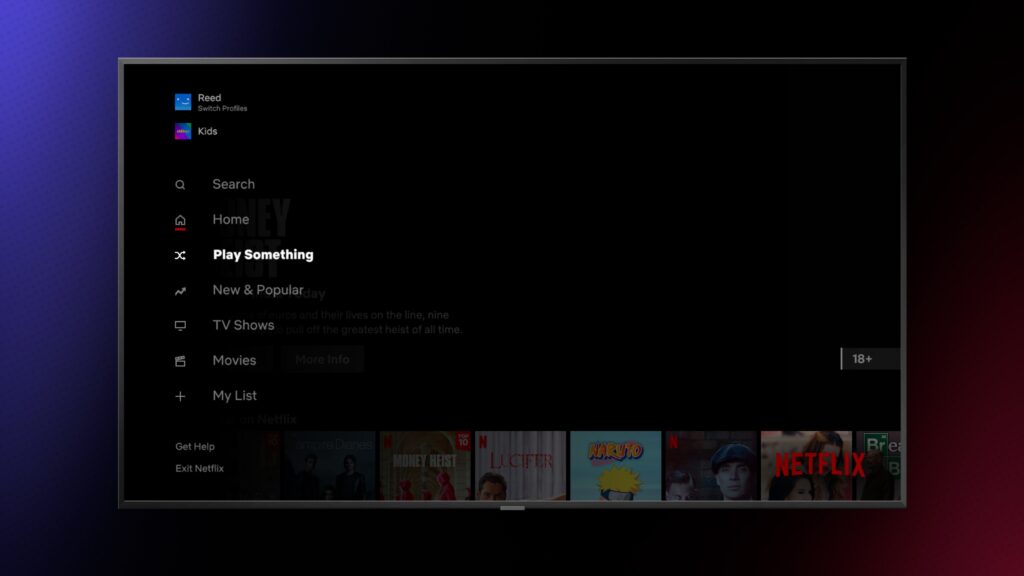 What is Netflix ‘Play Something’ and how do you use it?

Netflix has officially launched ‘Play Something’, a feature that will play a new series or film based on your tastes. It will also play a series or film you’re already watching, or an unfinished series or film “you may want to revisit”. Netflix is launching this feature globally on its TV app.

Once available on your screen, the Netflix Play Something button is visible under each profile name. It can also be found in the tenth row on the Netflix homepage, and in the navigation menu on the left of the screen.

When you turn the Netflix Play Something feature on

When the Play Something feature is turned on it will be indicated with a border on the screen, and the button on the right side. You can press the ‘Play Something Else’ button to switch to the next series or film. You can also go back to using Netflix normally by pressing the exit button on the top left corner of the screen.

Netflix already recommends shows or films based on what you’re watching or what you’ve already watched. On this feature simply adding on to more recommendations, when you click Play Something, it will always play a show that you haven’t watched before. So it’s designed for the moment when you want to watch something new.

Read About: How to automatically download movies on the Netflix app

What is Netflix ‘Play Something’ and how do you use it?