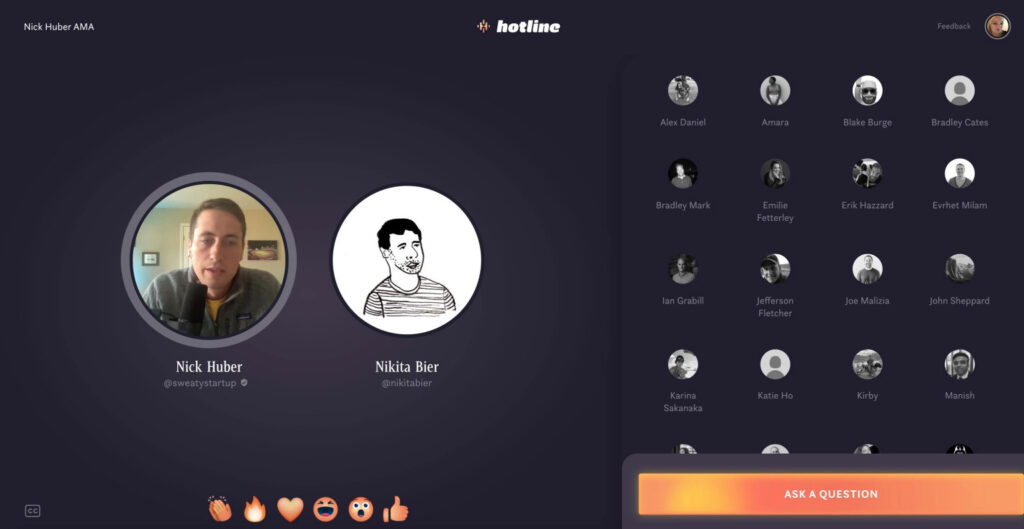 Clubhouse is on fire and before you know it, we shall have so many clones of it all over the place. Facebook is also testing an experimental competitor of the audio-only app – called Hotline. The new product, looking to capitalize on the increasing popularity of audio social media, is undergoing tests to check its functionality.

TechCrunch reports that Hotline was developed by Facebook’s New Product Experiment division. This is the segment that develops apps with new ideas. Hotline is said to have some unique features that make it different from Clubhouse and Twitter’s Spaces.

Hotline does support video display and is likely to allow participants to toggle video when asking a question. However, this particular feature is not live yet. Video here plays a secondary role to audio, though, as streams are presented in small circles the size of a profile image. This is away from the usual full-screen streams we see with other platforms.

Users can opt to only listen in on the conversation, or be active participants, with a strong emphasis on the question-and-answer aspect. Also, hosts can remove questions and participants from the session. Reports also indicate that Facebook shall be moderating the app in its early days.

Another point to note is that Hotline also automatically records conversations. This is useful for sessions that need follow-up listening for parties that missed. However, it does away with the feeling of activity and anonymity which one gets from Clubhouse.

How to test Hotline

If you want to give it a try, you can visit hotline.co and sign up for the waitlist. You can even sign in via Twitter, even though it is a Facebook-designed app. How about that?

Read About: Clubhouse isn’t on Android yet. What you see is malware