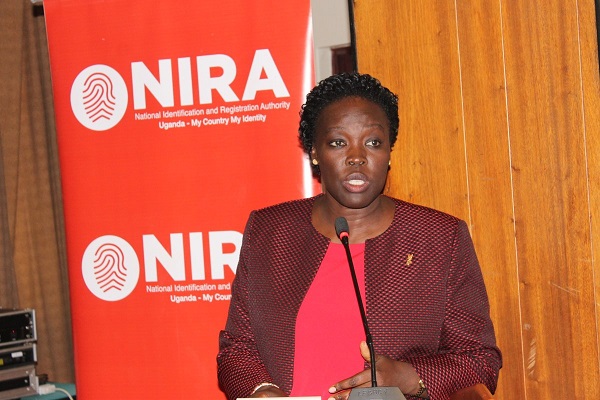 National Identification Registration Authority (NIRA) has announced plans to “enforce compulsory national registration” as provided by The Uganda Citizenship and Immigration Control Act, citing reluctance by some Ugandans to embrace the exercise.

The Authority kicked off electronic registration of Ugandans for National Identity Cards on April 14, 2014.

The project, which was launched by President Yoweri Museveni, sought to among other things eliminate election rigging (elections were to be held in 2016), get rid of ghosts on government payrolls and further support the fighting of crime through quick and reliable identification of criminals by using their fingerprints.

National IDs are now also crucial in applying for electronic passports which were rolled out in December 2018, acquiring sim cards, registration of land, etc.

But in the past five years of the national registration project, a lot of issues have been raised, including registration of non-Ugandans, crooked officials asking for bribes to register people and delays in the processing of IDs, prompting President Museveni to direct the Uganda People’s Defense Forces to investigate NIRA.

Although NIRA says that “some people have not registered because we are far away from them”, there is also a section of people who are not enthusiastic about the exercise because of the long span between registering for and acquiring an ID.

On Twitter, NIRA says that as a way of bringing national registration closer to people, it is planning to “decentralize all registration exercises at the district level, establish registration offices for citizens in the diaspora, consider a special arrangement to register the elderly and the disabled, register the legally and resident aliens.”

However, putting the exercise at district level might still be ineffective since the highest percentage of the population is still unregistered.

For instance, before commencing the ongoing national ID program which is being conducted at the sub-county level, only 17 million cards had been printed, just 40% of the Ugandan population.

And of the 17 million cards, they have distributed 14.6 million cards and the rest, over 2 million, were yet to be picked up. In the ongoing exercise, which will end on May 11, NIRA lowered the age of registration from 16 to 15.

Once the sub-county level registration is ended on May 11, the exercise will return to district headquarters, that’s if the deadline is not extended.

NIRA: Why you should closely examine your national ID on issuance day