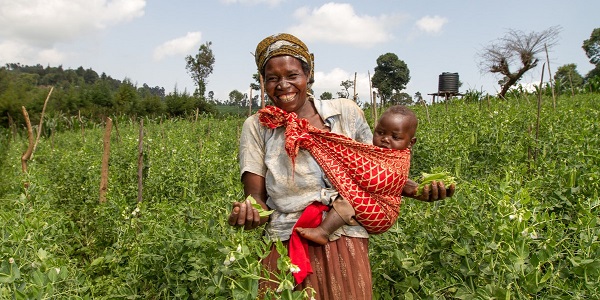 Government has introduced an electronic money exchange system (E-voucher system) for farmers around the country to help boost their finance for buying agro-chemicals and seeds, Mr. Joseph Bazaale, the assistant commissioner seed inspection and certification at the agricultural ministry has revealed.

Mr. Bazaale told farmers at the awards ceremony of best farmers in East Africa at the head offices of East African Seed Ltd in Kawempe yesterday, that the programme that was launched this year is at the stage of registering all farmers in the country.

“This programme will help farmers get seeds, equipment and other agro-chemicals using this money. We are registering all farmers at sub-county level and then after we get the whole database of all workers, we shall begin to send out the money,” he said.

“The farmer will receive this money on their mobile phone in terms of mobile money depending on the service provider we shall choose. There will be a trader who deals in agricultural needs and they will be the agents. They will do the transaction as they give what the farmer wants,” he added.

In the bid to promote sustainable agriculture in the country, the government has in the last 10 years introduced Naads and Operation Wealth Creation.

The programmes have survived under intense criticism over embezzlement and corruption allegations.

Many farmers and local leaders have seen accused the way projects are distributed without consultation from the beneficiaries hence giving them seeds and agricultural materials that are not helpful to them.

Asked how different this programme would be operated, Mr. Bazaale said the five-year programme is a World Bank project costing about Shs26 billion ($70m) and farmers will be grouped in about 15-16 clusters according to the crop they are well known for producing in that region.

“We know that people in the East grow much cassava, those in Busoga grow maize, in the central do a lot of coffee and so on. We shall group them that way. A farmer will receive at least Shs200, 000 for the start,” he said.

Must read: EzyAgric to get Shs279m as Fall Armyworm Tech Prize winners are unveiled

He said that the project would first work in 45 districts as a pilot study before it crosses to the other districts.

Mr. Stephen Byantwale, the ministry Commissioner said the government has embarked on improving farmers’ product and preparing them for bumper harvests.

“There are problems that have been brought by climate change in all the East African countries. We are addressing them categorically so that the farmers can prepare themselves for the natural vagaries,” Mr. Byantwale said.