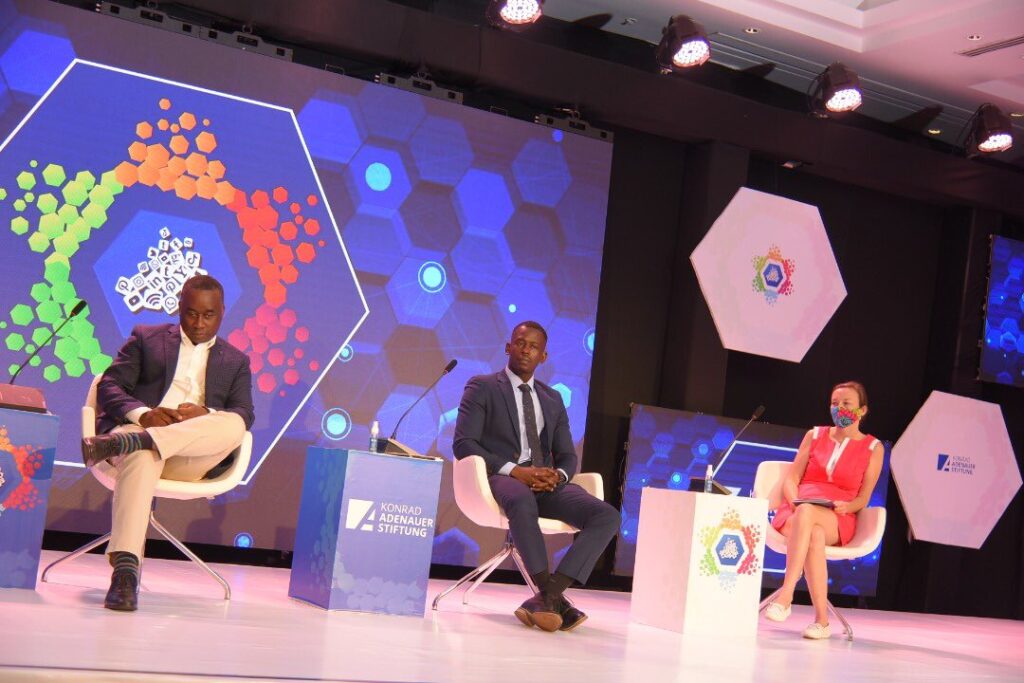 The 2021 Social Media Conference kicked off in high gear, with the virtual event taking centre stage to discuss the growing relevance of social media in Uganda and globally, as well as how it shapes our social and political interactions. One of the critical topics discussed at the event is Digital Diplomacy: The rise of algorithms and implications for big tech in African Institutions, Governments, and Individuals.

Digital diplomacy (as defined by TheConversation) refers to the broader use of technology, particularly the internet and other ICT-based innovations, in the conduct of diplomacy. The key discussion around the topic is on its role in negotiations, policy processes, and crisis management.

Anna Reismann, the Country Director (KAS Uganda), believes that social media platforms are easy to use and with all the data collected online, organizations and political parties should ably target specific people to influence. She is also keen to point out that – in regards to digital diplomacy – as human beings, we are all biased.

“Just like we expect the government to be accountable to the people, we should expect the same from the tech giants.“

On the panel to discuss the topic was Moses Owiny, the ED Centre for Multilateral Affairs Uganda (CfMA), who believes that diplomats should be able to adapt to the changing trends in technology in the digital space and be able to communicate effectively without causing tension.

He also suggests that diplomats need to be careful about how they navigate the cyber terrain because of the developments in technology today.

“Social media is an emerging phenomenon that has morphed into something that is more than just connecting people but a communication tool.”

When it comes to the cases of social media bans and their effect on government position on the globe, Awel Uwihanganye, the Founder and Senior Director – LéO Africa Institute, believes that the government can find strategic ways of building relations with big companies such as Facebook. This should be as a way of protecting ourselves and pushing our own interests.

He says that the action taken by Facebook to put down pro-government accounts was taken without the action of the policy team in East Africa, and suggests that there needs to be a way of controlling these companies.

“I understand the frustration of the leadership. We need to understand how these big tech companies operate. There should be some sort of reporting system. These social media platforms are very important, and we want the younger generation to also utilize them for things like business.”

Awel says there is a need to have a global conversation on how the global social media giants are regulated.

On the same note, Neema Iyer, the Founder, Pollicy Org, and Global Women’s Safety Advisor, Facebook joined the conversation online and she hinted at why it was an appropriate move for Facebook to take down pro-government accounts for Coordinated Inauthentic Behavior.

In the same vein, she also questioned whether it was appropriate for the Ugandan government to switch off the internet and ban Facebook indefinitely. She believes there is a need for better people to govern the technology policy in the country.

Another question discussed was how progressive tech policymaking can be brought to the forefront for parliamentarians and technocrats across Africa, especially those without tech knowledge/backgrounds.

She as well pointed out the need to invest resources to make Ugandans understand how tech works. She believes there is a need to focus on building Uganda’s tech industry and put in place better internet infrastructures.