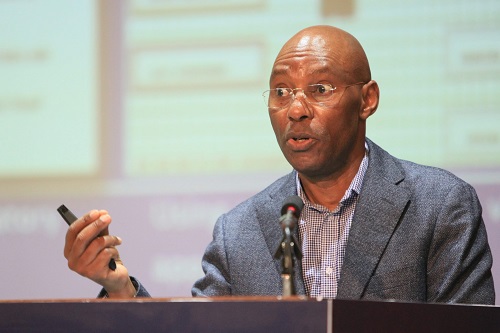 On Tuesday evening, a considerable section of MTN Uganda customers was treated to 500MBs.

On dialing *131*4#, a message would appear on your screen, confirming that you’ve been given 500MBs.

As people rushed to activate them, a series of suspicious things occurred, prompting people to question the company’s motive in offering the free data bundles.

Some said MTN was trying to reroute people from discussing the bombshell that hit the company: deportation of their senior executives; then there was a decline in internet speeds, which also raised eyebrows; then there was also a group that wasn’t able to activate the bundles.

In the face of low internet speeds, some people tagged Uganda Communications Commission (UCC), which is the national communications regulator, to respond to people’s complaints.

In response, UCC didn’t have much to offer apart from regurgitating statements MTN had offered to people; some people actually thought UCC was acting as the company’s mouthpiece.

The 500Mbs from MTN are said to have been given in error. They have since been deactivated so customers who received them may not be able to use them. The operator has since apologised for the inconvenience. Please contact the customer help line for clarification

why are you the ones writing this not MTN first? i think the 500mbs where genuine but somehow UCC bullied MTN into withdrawing the offer, i had earlier received 1.5GB a few days ago which i used very well. What business does UCC have in MTN data offers?

In simple terms you told them to deactivate them otherwise you wouldn't be speaking on their behalf. ??

As for MTN, since it didn’t issue a general statement, they decided to respond differently to a very person who asked.

To some people, the reason was: “There was a system hiccup last evening/night that triggered this activation; in other words, the bundle was activated wrongly. This has since been isolated and this is why you’re unable to view the bundle or use it,” an MTN customer agent told Joan Ainembabazi who asked what had happened to the data which was supposed to be valid for 10 days.

See: UCC hits back at Evelyn Namara over fraud accusations

To others, MTN said the bundles were meant for people who had been inactive and they wanted to motivate them to use MTN services.

We are sorry about that but the free mbs were meant for dormant/inactive data customers as a way of encouraging them to use our data services. #MTNUgcare> Irene

The elephant in the room here’s: Why did this happen on the day when MTN was embroiled in a national scandal? (it could have been a coincidence, but it can’t be just brushed aside) Secondly, why did they wait up today morning to speak on why their network was becoming poor?

Hello @PatrickOcaido sorry. Please note that the free 500 MBs that were given out have been de-activated. We now advise that you load the normal data bundles. #MTNUGCare>Gloria