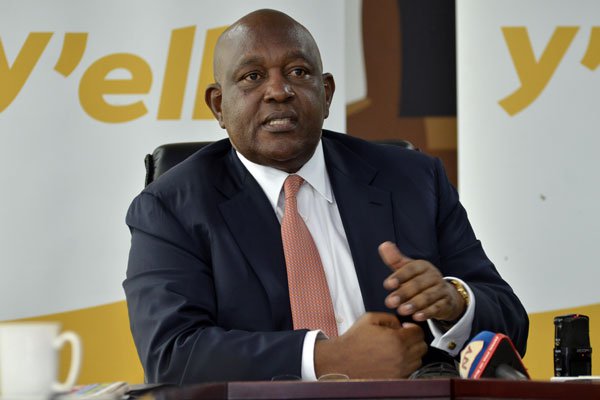 MTN Uganda Chairman Charles Mbire has dismissed as “false” and baseless” reports that he was Friday quizzed by security officers over the recent MTN scandals, reported ChimpReports Saturday, quoting a statement from his lawyers, Kampala Associated Advocates.

The development comes after a local blog – GrapeVine – quoting an unnamed security source claimed Mbire had been questioned by security on the recent deportations of senior MTN Uganda officials.

The biggest telecommunications company in the country has recently come under rigorous scrutiny after investigations by security agents discovered that some staffers were using the firm’s resources to engage in espionage activities, money laundering, and subversive activities.

Consequently, the government has piled misery on the telco by deporting senior officials, the latest being Wim Vanhelleputte, who was sent packing Thursday.

He was Friday replaced by Gordian Kyomukama.

Others that were deported are the chief marketing officer, Olivier Prentout, the mobile money general manager Elsa Mussolini and Annie Tabura who was the general manager for sales and distribution.

Must read: Museveni to MTN: Let Ugandans own a stake in your company

Aside from deporting officials, in July 2018, the Internal Security Organisation (ISO) raided their data center in Mutundwe, a Kampala suburb and confiscated some property.

Speaking further on Charles Mbire being grilled by security, the lawyers said: “Our client has not been called in by the Criminal Investigations Department or Internal Security Organisation or any other authority at all,” according to ChimpReports.

They went ahead to call on the public to disregard any of such reports. To add credence to the lawyer’s statement, the Eagle Online also reported Friday that Mbire had been seen shopping at Acacia Mall on Friday after the report of his summon emerged.

Inside story: How MTN Uganda chiefs were deported

How to send money from MTN to other networks in Uganda