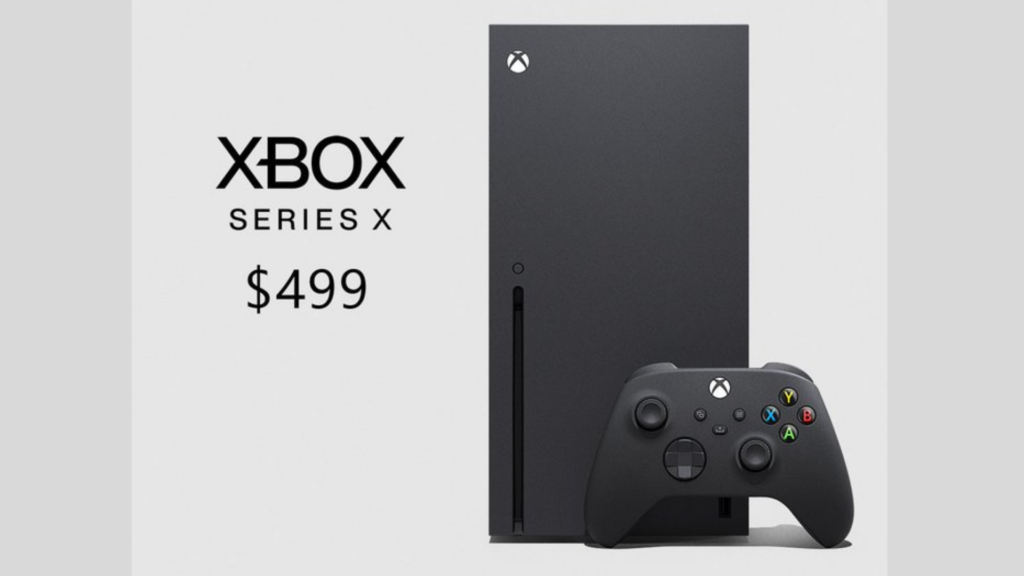 Xbox Series X will cost $499. Here are the specifications

Close to seven years since the launch of the original Xbox One, we have a successor. It has been officially confirmed: the Xbox Series X will be on sale starting November 10th, for $499, with pre-orders beginning September 22nd. This is after the announcement of the much smaller and cheaper console, the Xbox Series S, which will be the “smallest Xbox ever” costing $299 – also coming to the market at the same time.

The Xbox Series X is more like a PC desktop tower that you can lay down horizontally. There is no USB port on the front for easily connecting a wired controller. Like the Xbox One, most of the Xbox Series X’s ports are on the back of the console. The only features on the front are the Xbox button, disc drive, and the eject button.

The Xbox Series X controller is almost identical to the one for the Xbox One, and it uses AA batteries instead of a rechargeable pack. The major difference is the addition of a Share button which is positioned in the middle of the controller below the power button.

In terms of speed, the Xbox One X is said to be a powerhouse and much faster. The Series X’s GPU is eight times faster than that of the base Xbox One, making it twice as fast as the Xbox One X. The CPU is also likely to be much stronger than what’s been seen in consoles before. It also supposedly runs really quietly, managing to keep itself cool with one fan and additional heat-sinks.

The Xbox Series X supports backwards compatibility for all three previous generations of Xbox console, and they’ll play even better. Xbox One games installed on an external hard drive can be played immediately when plugged into the new console. It will also continue to support Xbox Game Pass, the popular game subscription service that Microsoft launched this console generation. The console will allow users to jump into the games they want to play more quickly.

The new console will also integrate Microsoft’s cloud-based gaming service, codenamed Project xCloud. With xCloud, you’ll be able to continue playing your Xbox games on your PC or mobile devices. You will also be able to use your console as a server to stream to these devices, and you won’t have to pay to do so provided that you own the Xbox version of the game you’re trying to play. A Game Pass Ultimate subscription will include access to xCloud, as well, ensuring you can play the vault of games on the go.

You can opt for the Xbox All Access service, a monthly subscription that includes an Xbox Series console, Game Pass Ultimate, and full online play, with a cell-phone style interest-free payment plan. The Xbox Series X plus Game Pass will be $35 a month for two years, with the Xbox Series S being just $25 a month.

Some of the games coming to the Series X, including games that are also launching on Xbox One, are:

Xbox Series X will cost $499. Here are the specifications