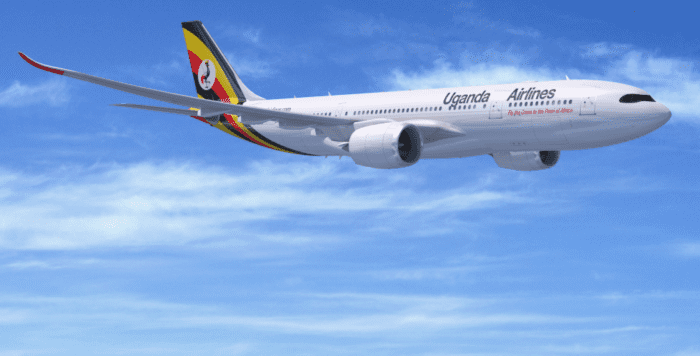 Uganda Airlines is facing difficult decisions over the delivery timetable for its A330-800 neo fleet, which had been brought forward from the initial December 2020 date for the first aircraft, to October 2020.

The second aircraft would follow a month later, with launch of the first intercontinental route tentatively planned for December. The question facing the airline now is whether to go ahead and receive the aircraft and park them at Entebbe, or postpone the deliveries.

Sources familiar with the situation say the carrier which started commercial operations six months ago, had brought forward the delivery dates after Finance Ministry frontloaded the bulk of resources required for fleet development, leaving the airline with a final payment of just $17 million on the two aircraft.

But this has also been provided for in the fiscal year that starts in July, essentially meaning that there are no pending obligations to the manufacturer.

However, the global disruptions to air travel as countries enter lock-downs in response to the Covid-19 pandemic has impacted plans for expansion of the regional route network, as well as the intercontinental destinations on which operations of the wide-body fleet were premised.

It has twin-aisles for easy boarding and disembarking, modern fuel efficiencies and passenger comforts found on all new Airbus aircraft. These include big windows, better humidity, and pressurization.

However, it is struggling to find a place on the market. So far, Kuwait Airways and Uganda Airlines are the only two to have confirmed orders for eight and two of the type respectively, and will be the launch customer in 2020s.