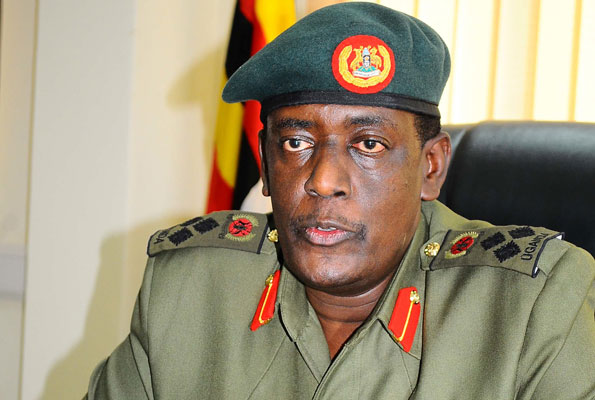 President Yoweri Museveni has promoted 2,031 Uganda Peoples’ Defence Forces (UPDF), including Joram Mugume, the chairman board of the National Enterprise Corporation (NEC) and James Mugira, the managing director of the Corporation.

According to a Friday statement signed off by Brig. Richard Karemire, the army spokesperson, Mugume has risen from Lieutenant General to General while Mugira was promoted to Lt. Gen. from Maj. Gen.

Lt. Gen. James Mugira was appointed to head the business arm of the military in April 2016 and Gen. Joram Mugume joined him as board chairman in Feb. 2018.

In the period they’ve headed NEC, it has secured key contracts, including the manufacture and assembling of mobile phones and the commercialization of the Ugandan-made sedan, the Kiira Electric Vehicle SMACK aka Kiira EVS.

Other services being offered by NEC, include repairing and manufacturing a number of products, including armored vehicles, electronic equipment, ordnance, and agricultural equipment.

NEC was founded in 1989 and it is headquartered in Plot 58, 6th Street, Industrial Area in Kampala.

In brief: Tumwebaze denies investing in OneCoin; innovators in Uganda to be registered