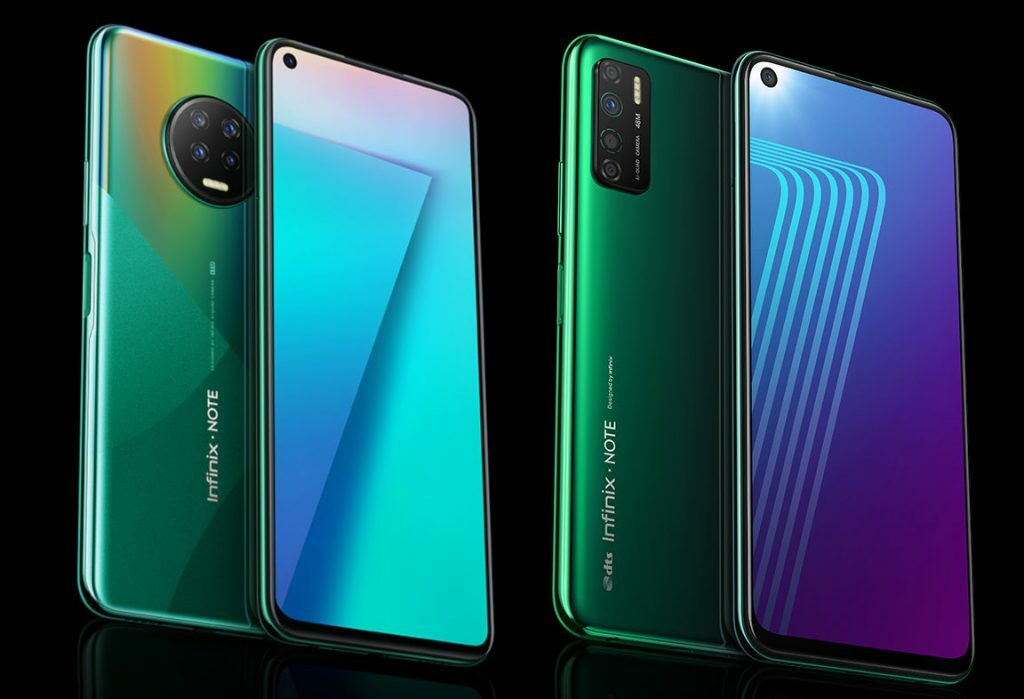 The Note 7 has a round-shaped camera module that houses four cameras and it features a punch-hole display. The Note 7 Lite, alternatively, has four cameras packed inside a rectangular camera system at the back besides the punch-hole.

Both phones have large screens, typical of Notes, and possess 48-megapixel quad cameras. Both have an internal storage of 64 GB for the standard versions and 128 GB for the high end; with a microSD card slot available onboard for additional storage. Both phones are backed by 5000mAh batteries, which Infinix says can last for up to 4 days once charged.

Additionally, they both run on Android 10 coupled with XOS 6.0 UI. Both phones also support DTS Audio processing; and are equipped with side-mounted fingerprint sensors.

The phone has a front-facing camera of 16-megapixel and the quad camera setup of the rear assisted by quad-LED unit. This comprises of a 48-megapixel with f/1.79 aperture, a 25mm 2-megapixel macro lens, a 2-megapixel depth sensor and a low light video camera.

Also, the Infinix Note 7 has support for gesture-based navigation and it is equipped with stereo speakers.

The Infinix Note 7 Lite has a 6.6-inch IPS LCD Infinity O- display with a 720 x 1600 pixels screen resolution. The handset supports 20:9 aspect ratio and 90.5 percent screen space. The inside comprises of a Helio P22 chipset along with 4 GB of RAM powers the device, and supports 10W charging.

Infinix has partnered with Airtel Uganda to offer 5GB of data valid for a month when one buys any of the handsets.