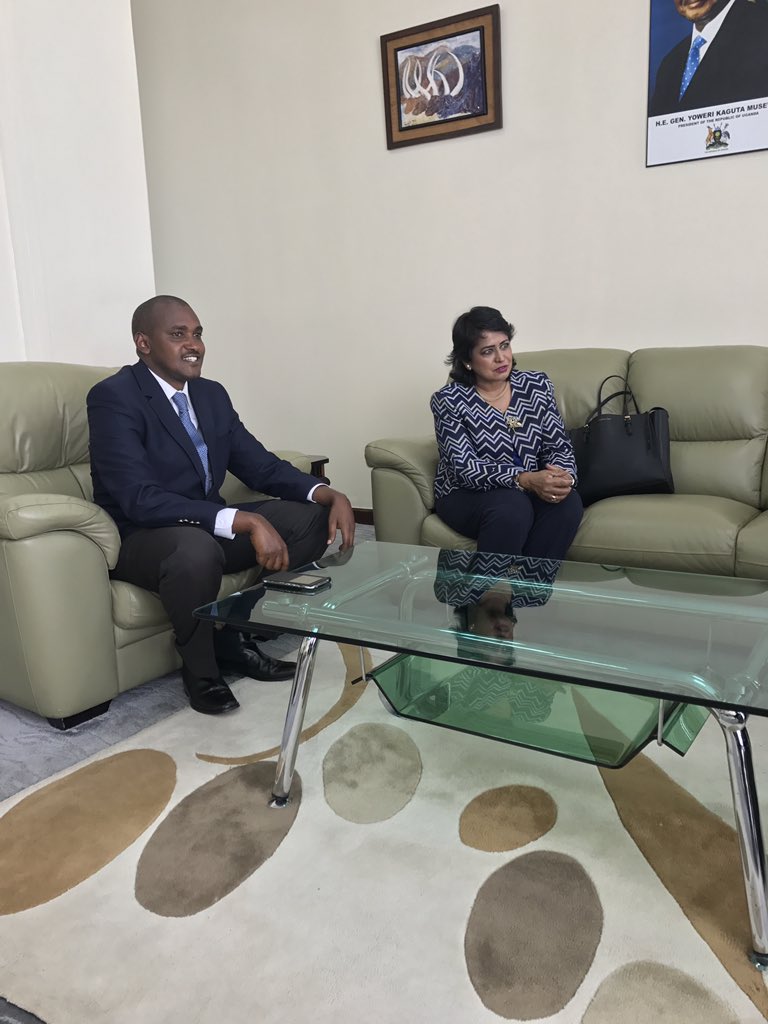 Former Mauritian president MayriBibi Ameenah Firdaus Gurib-Fakim on Tuesday jetted into Uganda ahead of the first ever African Blockchain Conference that is slated to start tomorrow (Wednesday) and end on Thursday.

Fakim, who was the sixth president of Mauritius from 2015 to 2018, was received by Uganda’s ICT minister Frank Tumwebaze who was accompanied by Awel Uwihanganye and Kwame Rugunda, both officials from the Blockchain Association of Uganda, the organizers of the event.

Together with brothers @KwameRugunda & @Uwihanganye_A our Co-organizers for the big #AfricaBlockchainUG conference opening tomorrow, we hv received this afternoon Her Excellency @aguribfakim former President of Mauritius ?? one of the keynote Speakers at #AfricaBlockchainUG pic.twitter.com/pesXJcKhe8

A biodiversity scientist, Fakim is among the key note speakers that will feature at the conference that will concentrate on discussing “the role of blockchain technology in Africa’s transformation.”

According to organizers of the event, “through a series of impactful and experiential sessions, participants will realize their role in how to support a thriving blockchain innovation and business ecosystem.”

Blockchain technology is a distributed ledger platform that allows creation and management of decentralized systems and processes, which enhance efficiency and transparency of transactions across institutions or business operations.

To be held at Serena Hotel in Kampala, the event will be graced by President Yoweri Museveni as the chief guest.

The event will feature speeches from over 60 speakers from different fields, pitching competitions, and over 750 attendees from 23 countries have been confirmed to attend.

"Think of #blockchain the way you would think of email in 1995. Would you have banned internet / email to protect the post office?" – @RKirunda explaining the concept ahead of the #AfricaBlockchainUG conference starting this week
So why ban blockchain? pic.twitter.com/amWLd3ifUR

Dr. Bitange Ndemo, the chairman Blockchain Taskforce, Kenya has also already arrived in Uganda, according to the event organisers.