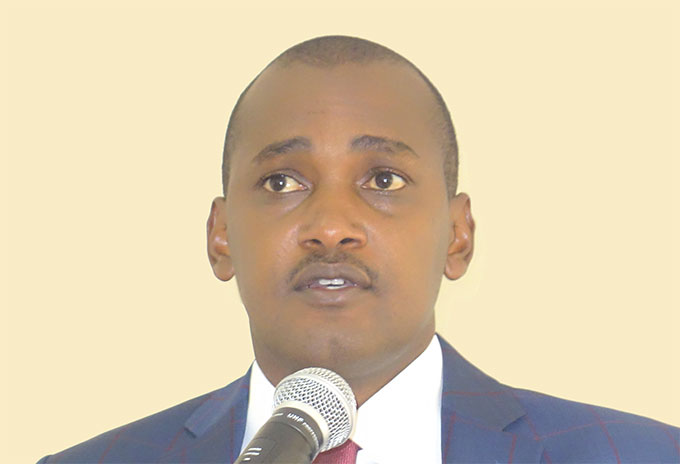 The National ICT innovation Hub, constructed by the government, will be launched on Friday, August 31, 2018, two months after the initially proposed date, officials have revealed.

Located in Nakawa, Kampala, the hub — according to the ICT and National Guidance Minister, Frank Tumwebaze, will serve as a resource center for Ugandan innovators by giving them free access to all the necessary services such as internet, computers and among others to facilitate the development of their projects.

The center is being constructed by the UPDF engineering brigade, and according to officials, about 60 percent of the construction is complete, but the buildings are yet to be roofed.

The construction of the National ICT innovation Hub in Nakawa, Kampala was launched by the Prime Minister Ruhakana Rugunda on November 8, 2017. The government said it would spend Shs5bn on the project.

Kenneth Bagarukayo, the commissioner in charge of Information Technology and Management Services at the ICT and National Guidance ministry has attributed the delay to the procurement process, heavy rains and the delayed release of funds.

“We did not anticipate it would rain heavily, the rains have had an impact on the construction process,” Bagarukayo was quoted by the New Vision on Monday.

Must read: SafeBoda breaks the silence as pressure mounts over ‘sinking’ services

He said that Uganda is going to have one of the best incubation centers in the region, adding that the hub will transform the ICT ecosystem.

The hub will have a 300-seater conference hall, 500-seater innovation rooms and seven cubicles for innovators. There will be a section for software production and wings where patented ideas will be sold. It will also have facilities for people with disabilities, according to officials.

The Nakawa Centre is one of the five hubs that the government intends to construct countrywide to facilitate the development of ICT in the country.

According to the National Development Plan, 2016-2020, the government seeks to also put regional hubs in Mbarara, Mbale, Gulu, and Arua. Mr. Bagarukayo said that many universities have offered land to construct the hubs. “Partnerships with training institutions is good and will work with them,” he said, according to the New Vision.

To that end, the government announced late May of this year that it was going to borrow a loan amounting to Shs318.9 billion from the Exim Bank of China to finance the National Science, Technology, Engineering and Innovation Skills Enhancement Project (ENSTEI-SEP).

According to a minister of ICT and National Guidance Frank Tumwebaze, the money will be used to establish two projects, that is, the National Science, Technology and Engineering Skills Enhancement Centre (NSTESEC) and Technology, Innovation and Business Incubation Centre (TIBIC).

These projects, said the minister, is to enhance skills development and promote science, technology, engineering and innovation-based enterprise development.

The beneficiaries from this initiative will be graduates, craftsmen, technicians, engineers as well as other scientists and innovators, according to the statement.

Over the years there has been an outcry of universities churning out products that are unready for the employment sector, even job creation.

With these funds, the government hopes to retool graduates, craftsmen, technicians, and engineers such that they can undertake various infrastructural works, including electricity distribution, water drilling and distribution, road construction, building construction, pipeline construction and light railway.

Tumwebaze: Uganda is Ready for blockchain

2018/19 ICT budget; What govt plans to achieve in the sector

Fourth week of July: Events to look out for