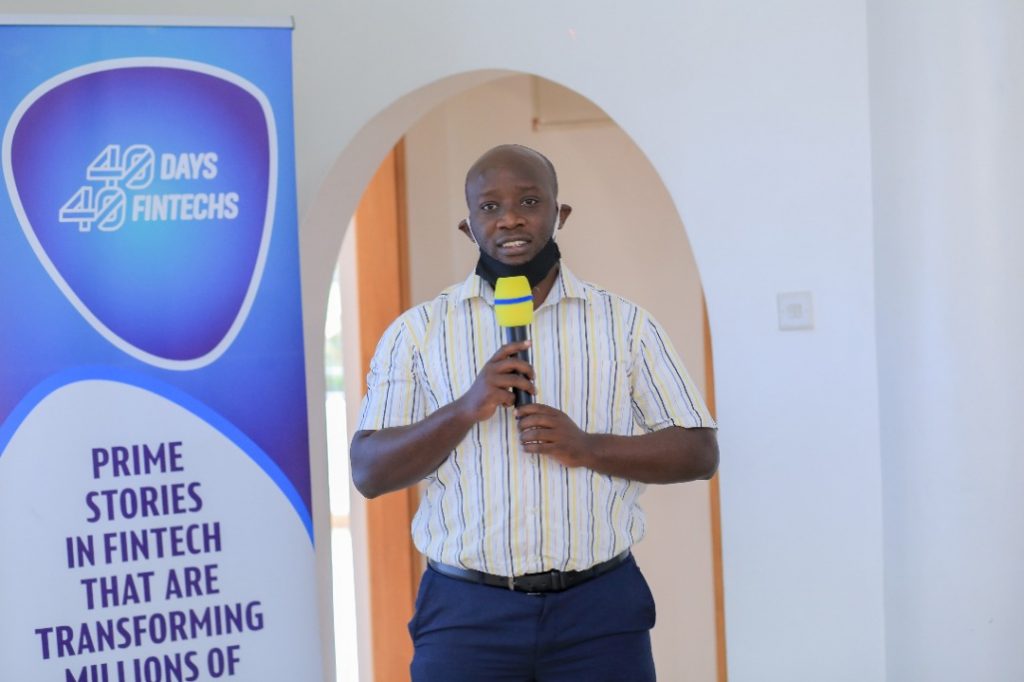 The second season of the 40 Days 40 FinTechs initiative by HiPipo kicked off virtually on 12th July with Mallan Company Limited, a financial technology company that recently launched Yassako. This is a product that allows Airtel customers to access Umeme Yaka tokens on credit and pay later.

The online session on day 1 hosted Malcolm Kastiro, the co-founder and Chief Executive Officer of Mallan. He presented the product, its operation, and how the 40 Days 40 FinTechs initiative can be a springboard to push it further in the market.

“This year we are aiming for a better understanding of the FinTech ecosystem,” HiPipo CEO Innocent Kawooya revealed, adding, “40 Days 40 FinTechs shall feature creators and innovators catering to multiple sectors. We shall also touch on interoperability at all levels, and generate appreciation and leverage for frameworks, like the Level One Project and Mojaloop, that are already in place to enable this.”

We all use Yaka to power our homes in a way or another and the constant use can easily result in depletion at a time when you can literally not afford to purchase tokens or move out to load mobile money on your phone. This is how the Yassako product comes into play.

It is offered in partnership with Airtel Money as an instant micro-credit emergency solution that enables users to recharge their pre-paid Yaka electricity on credit. Basically, Ugandans can now get electricity units on credit and pay within a maximum of 30 days.

For one to qualify for the Yassako credit solution, they must have been an Airtel subscriber for at least three months. To qualify for a certain amount of credit, one must have spent at least twice the credit value they are requesting for.

The company signed a contract with Airtel months back and began integration in March 2020.  Since then, they have been in the pilot phase. Yassako began with 10 monthly users, but the appearance on season one of the 40 Days 40 FinTechs increased the user statistics by 50%. Currently, the team works on over 100 monthly users.

Mallan is planning on a massive launch with support from Airtel, with a target of 1 million subscribers to join the platform. The company is in talks with MTN to have the service offered to its customers too.

Beyond Yassako, Mallan is also working on float management and financing to merchants and agents so that they can ably continue their work without hiccups.

Malcom encourages new and rising FinTechs to utilize the platform that the 40 Days 40 FinTechs initiative is offering them, as their brand will “reach further than you might think” while giving you access to new clients.

He also believes that the initiative can work as an advisory channel for FinTechs especially in regards to operations, legal framework, fund sourcing, and talent acquisition.

“I believe 40 Days 40 FinTechs can become a trusted partner to attract investors and benefits startups that need this arrangement. It can also be a portal where the different skillsets can be converged and merged with startups,” says Malcom.

HiPipo CEO, Innocent Kawooya thanked Mallan Group for their innovation and encouraged them to take advantage of the Sandbox environment put in place by the Bank of Uganda.

“We are having an ongoing discussion of starting the implementation of a real-time payment switch that is implemented with the support of MojaLoop technology. We are also interested in making sure that this year’s dialogue is inclusive of the regulator,” Innocent says.

On funding, Innocent says that HiPipo is in the process of offering to support FinTechs with the process of documentation as well as seeking funds. This will be in addition to the efforts such as the first-of-its-kind Women in FinTech incubator scheduled for later this year, where various FinTech talent will be molded.

The second edition of the 40-Days 40-FinTechs initiative is organized by HiPipo in partnership with Crosslake Technologies, ModusBox, and Mojaloop Foundation, Level One Project, and sponsored by the Gates Foundation.

The initiative which provides a platform for FinTechs and stakeholders in the digital and financial technology space to exhibit their products and share ideas seeks to boost the African FinTech ecosystem to enable innovators to enjoy sustainable profitability to help them design and deploy affordable and inclusive financial services for the poor.