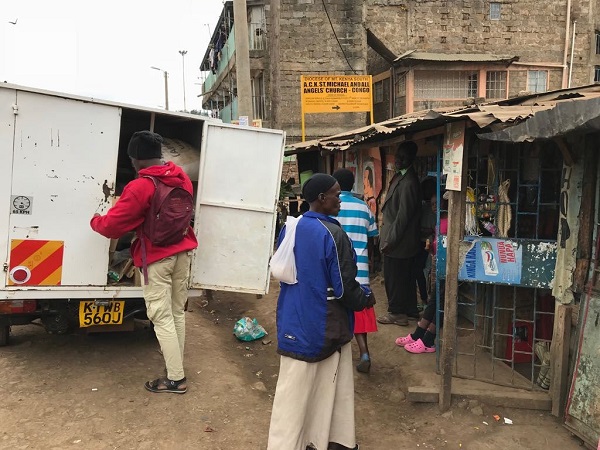 Nairobi based Business-to-Business electronic commerce platform Sokowatch has set up shop in Kampala, the capital of Uganda.

This comes after the company, which is transforming the supply chain market for informal retailers, secured a $2.5 million (about Shs9.2 billion) seed round.

Sokowatch — which was founded in 2013 by CEO Daniel Yu and COO Josh Middleman — enables informal retailers to place orders via SMS or its mobile app, with free same-day delivery to their shops.

Now operating in Kenya, Tanzania, Rwanda, and Uganda, the company was founded in 2013 by CEO Daniel Yu and COO Josh Middleman.

Its platform connects Africa’s informal retail stores directly to local and multinational suppliers—such as Unilever and Proctor and Gamble—by digitizing orders, delivery, and payments with the aim of reducing costs and increasing profit margins.

The orders can be made by either SMS or its mobile app.

“With both manufacturers and the small shops, we’re becoming the connective layer between them, where previously you had multiple layers of middle-men from distributors, sub-distributors, to wholesalers,” Sokowatch founder and CEO Daniel Yu told TechCrunch in 2018.

“The cost of sourcing goods right now…we estimate we’re cutting that cost by about 20 percent [for] these shopkeepers,” he said.

According to Disrupt-Africa, a startup news publisher, the company has already delivered over 500,000 orders to over 10,000 retail shops across Kenya and Tanzania.

The publisher says that the round attracted participation from firms that had participated in the 2018 fund-raising that saw it raise $2 million. The new investors include; Breyer Labs, the investment arm of Breyer Capital, and Helios Investments managing partner Babatunde Soyoye.

Yu told Disrupt-Africa that “the expansion to new cities and countries across East Africa validates the scalability of Sokowatch’s model.”