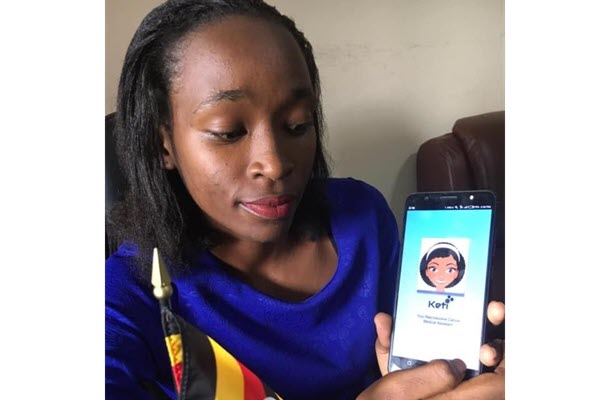 CHIL AI Lab, a health tech company founded by Ugandan innovator Shamim Nabuuma Kaliisa, has been selected to benefit from the second season of PitchDrive, an initiative sponsored by Google.

Only 10 startups from Africa have been picked from the tech-focused project that is run by Google for Startups and Co-creation Hub (CcHUB), a Nigerian-based technology innovation center.

CHIL AI Lab’s flagship product is a mobile application that leverages artificial intelligence to diagnose both cervical and breast cancers.

The company has created machine learning- and AI-powered self-testing kits to make it easier to scale the service and reach the underserved.

Nabuuma has been a victim of breast cancer.

To qualify for this high-profile project, she competed against scientists and innovators from 20 African countries.

When the applications were rolled out in April, over 200 were submitted.

In the second season of PitchDrive, the 10 startups will tour Asia for 14 days to establish connections.

Shamim Nabuuma couldn’t have won at a better time: in 2018, Google unveiled its first AI lab in Ghana.

A business mentor with the Tony Elumelu Foundation, Nabuuma told SautiTech that the startup is now operating in 5 countries in Africa.

In September, CHIL AI Lab will be opening its sixth unit in South Africa.

Asked on what reaching such a phenomenal milestone meant to her, she wrote to us: “I encourage every girl, every female to embed ICT in their business.”

“More, in particular, they should embrace AI,” she added.

The other 9 startups that will participate in the Asia tour were picked from Nigeria (3), Kenya (2). Morocco, Tunisia, Ivory Coast, and Rwanda sent one each.

The startups will first go through a 2-day boot camp at the Kigali-based CcHUB Design Lab. It will commence on August 21.

After this boot camp, they’ll then proceed to Singapore, China, South Korea and conclude the tour in Japan with a pitch event.

The event is organized in partnership with JETRO and it will happen during the Tokyo International Conference of Africa’s Development (TICAD 2019) event.

CHIL AI Lab is yet another startup that has attracted major support for optimizing emerging technologies.

Other notable recent examples are Ketty Adoch who won a multimillion AI deal with Microsoft and AirQO, a Makerere University project that also collected funds from Google to deal with environmental problems.