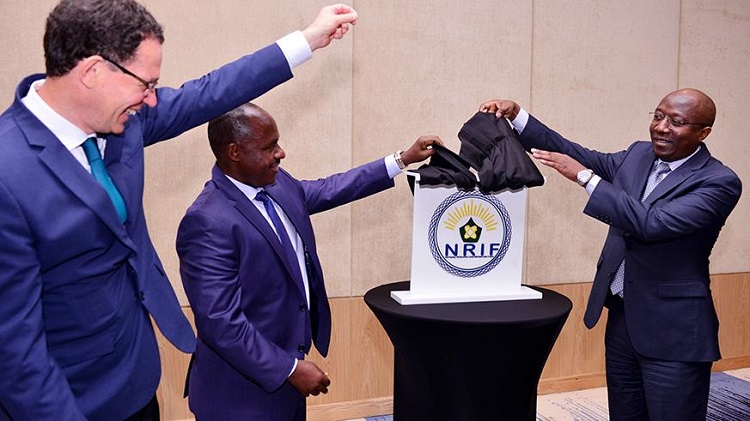 The National Research and Innovation Fund (NRIF) was officially launched on Wednesday and will be financed by government as a seed facility that will mainly focus on the youth.

The launch was officiated by the Prime Minister Dr Edouard Ngirente. Top government officials, scholars and researchers took part in the event that coincided with the Rwanda National Research and Innovation Symposium.

While Ngirente disclosed that government will be allocating a portion of the country’s budget to the Fund with a commitment to continue increasing the allocation each year, he did not specify the initial amount.

“Rwanda will therefore keep supporting research and technology with particular emphasis to link our young innovators with the labour market,” he noted, adding that it comes at a time Rwanda is targeting to become a competitive knowledge-based economy.

The Fund will be managed by the National Council for Science and Technology (NCST), a body mandated with integrating science, technology, innovation and research into national development strategies and plans.

Rwanda is now among a few African countries that have such a fund after South Africa, Uganda, Kenya and Egypt.

The Minister for Education, Eugene Mutimura, said that the Fund will be helpful in supporting capacity building of the young talented Rwandans.

“We have already started identifying young Rwandans and others who might be beneficiaries of this Fund. It will, however, be open to other people in the region whose work can benefit the country,” he said.

Neil Turok, a renowned South African Physicist and the co-chair of NCST, said it was time that Africa goes back to the forefront of science and that with such a fund, it would accelerate the pace of scientific progress.

Turok who is also the founder of African Institute for Mathematical Sciences (AIMS) argued that it was critical to building conducive environment where young people should feel that there are avenues for them to thrive.

How will the Fund operate?

According to Manasse Mbonye, the Director General of NCST, the fund will also facilitate the implementation of the national research and innovation agenda that the council put in place recently.

“What we see is that science, innovation and technology are common denominators among countries ranked as developed countries. Therefore, ensuring sustaining research and innovation output for national economic growth requires sustained funding,” he said.

Mbonye explained that the council has developed a framework that clearly indicates how the Fund will be managed, as well as the protocol for research calls.

The Fund targets supporting ideas that are aligned with the country’s priority areas of development, including agriculture, healthcare, energy, environment, ICT and manufacturing, among others.

Beyond this, with the Fund, the government seeks to raise the number of researchers that the country has as well as train different Rwandans on how to develop efficient innovations that can contribute to the country’s transformation.

“We will be working with the academia to link them with industry researchers to work on different projects knowing exactly that this is what we want to have as an output. It will not be the usual process where university lecturers come and only publish papers that do not result in any tangible output,” Mbonye explained.

He added that the Fund targets to help the country attain research output of 1 per cent of the total gross domestic product (GDP) in the next three to four years.

Dr Clet Niyikiza, one of the globally known Rwandan researchers, told The New Times on the sidelines that Rwanda had made a smart move by putting in place such a fund, saying that countries that have developed fast have invested in innovation and technology.