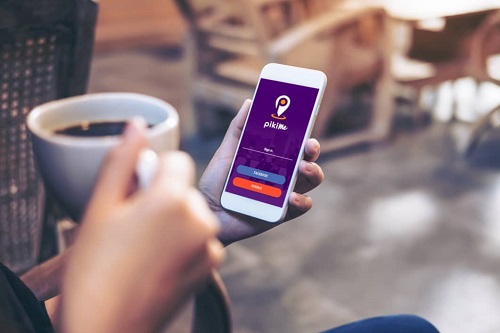 A new ride-hailing app called PikiMe has started doing business in Kampala, joining other digital transport services in the market.

PikiMe was rolled out to the market in early October, according to one of the three founders.

Developed by PikiMe Technologies Ltd., the ride-hailing service is a brainchild of Godwin Asiimwe, Elly Atuhumuza and Emmanuel Okot.

The company is based in Nakulabye, a suburb of Kampala.

Through the PikiMe application (Android), the founders want users to hail Boda Bodas, cars, access someone to deliver their items, order for food among other on-demand and courier services.

“We’re trying to connect service providers to customers… if you want a service you should be able to access who is providing it,” Elly Atuhumuza, one of the company founders said Monday afternoon in a phone conversation.

According to Atuhumuza, they have so far enrolled about 100 Boda Boda riders and drivers respectively.

Most of these are in the Nakulabye area but he says they’re gradually “spreading out” to more areas.

If you’ve used the SafeBoda application, the interface of PikiMe will come across as familiar.

However, PikiMe has introduced a new feature called PikiShare where you can share the balance on your mobile wallet with a friend.

Must read: In 4 months, how Dial Jack is battling for Kampala ride-hailers

PikiMe has a customized wallet which you can top up using your MTN Mobile Money or Airtel Money.

Aside from the above feature, PikiMe has a Corporate arrangement for businesses, whereby a given company can have its workers use PikiMe services and pay later.

Asked if the delivery product is already working, Atuhumuza said they are still trying to secure partnerships with some of the service providers. “It’s an ongoing process,” he added.

Like any other ride-hailing app in Kampala, PikiMe has also started with some promotions to woo customers.

When you register to the app, your account is topped up with Shs20,00. Then, for those using cashless payments, you’re given a discount of 20% on the trip charge.

This is lower than what other ride-hailing apps are offering to their customers.

PikiMe Technologies is a Ugandan technology firm started to develop “customized solutions to the local market”.

And, according to Atuhumuza, they are currently self-funded. He, however, said they are “expecting some partners on board.”

With a radical plan, Volkswagen introduces car-sharing in Rwanda