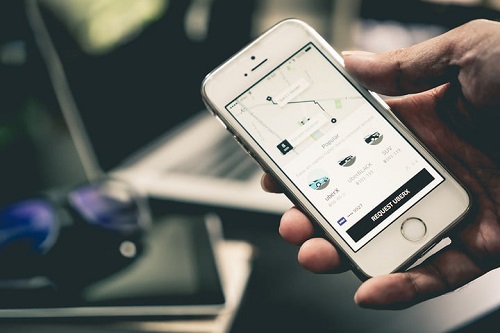 The company is this year making five years since it launched its services in Johannesburg, South Africa, before extending to the rest of the African continent and Mr. Alon says the challenges met by the ride-hailing service such as price wars and regulatory challenges have helped it adjust its operations worldwide.

He says, for example, they initially did not use cash as a payment method until they entered the African market.

“Nairobi was the second city for Uber globally to test cash as a payment method. We got consistent feedback from both riders and drivers that we needed to launch a cash option. So, we launched a pilot in Nairobi where we tested cash as an option over a two-month period, and it was incredibly successful,” Alon told Quartz Africa in August of this year.

“Over that two-month period, the business grew over three times. Cash is now available in cities around the world and I think that was the most pivotal or the most impactful innovation.”

He also reveals that the African market’s uniqueness is reflected in the different means of transport such as the use of motorbikes and low-cost taxis, which forced Uber to adjust.

“It’s really been about looking at how are people are moving around our cities. Is there something which we are currently not catering to and how can we localize our product offerings to ensure that we can really form part of that mobility framework in our cities? 2017 was really about focusing on getting those products right and getting those cities scaling and growing,” he said in the same interview.

“In 2018, what you would have seen is introducing lower-cost options across our cities, the first being the CHAPCHAP product in Nairobi, where we wanted to ensure we could offer a lower cost product to riders but at the same time ensure that the economics made sense for drivers. Also launching the POA [rickshaw] product in Dar, and the BODA [motorcycle] product in Kampala.”

Must read: Uganda’s Lule to get Shs190m as Facebook unveils Leadership Program entrants

Since then, the ride-hailing service has garnered 1.3 million riders in sub-Saharan Africa alone and grown its footprint to 15 cities in 8 countries including North Africa.

And Uber’s general manager also indicates that with the experience on the African continent, they are working on more innovations.

“…we know that unemployment is a reality in South Africa, Kenya, and a lot of the cities and countries where we operate. I strongly believe that Uber creates stronger and meaningful economic opportunities for our driver partners,” Alon says.

“The next issue from an expansion perspective is obviously for the existing countries where we operate: are there opportunities for us to launch in new cities? Maybe that would be a launch with just a BODA product or just a tuk-tuk product. And the final bucket would be expansion into new countries, we are always looking at opportunities,” he adds.

He also reveals that Uber is harnessing local talent in Africa by supporting local companies.

“There are a lot of businesses across the value chain who we try and connect with our driver partners. We’ve got our greenlight hubs, and something we are ensuring is that there can be vendors who are making goods and services available to our driver partners,” he says.

“On the tech side, Nairobi was the first African city where we did Uber Pitch, which provides entrepreneurs with the opportunity to pitch to investors. Something else that we’ve started in SA is what we call an Innovation Masterclass. This is aimed at students who are still at school where the intention is to expose them to opportunities and provide them with a broader understanding of potential career paths they can follow with a focus around science, technology, engineering, and mathematics,” he adds.