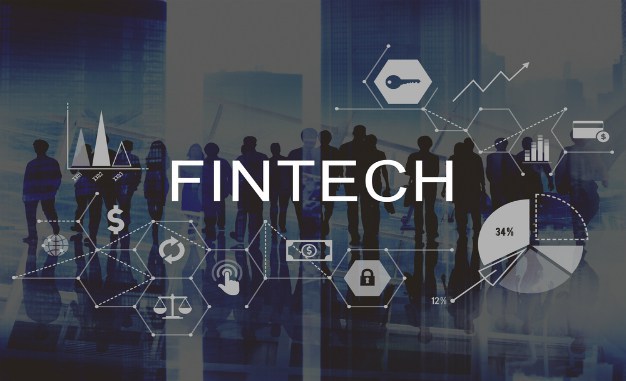 The fintech sector is one of the most vibrant sectors in the innovation ecosystem in Uganda.

When you look at startups that have attracted some of the biggest funding rounds in the recent past, financial technologies take a significant percentage.

Ensibuuko, which is digitizing Saccos and credit cooperatives in 2016 raised US$500,000; Numida, which is digitizing financial records for SMEs raised $200,000 in 2017; Xente, a payment gateway was among the startups that got a boost from the government this year. The list goes on…

The growth of fintechs is not only largely visible in Uganda. According to reports, fintech startups contributed one-third of the money that was raised in Africa in 2017.

In 2017, venture funding for African startups increased by 51% reaching $195 million, according to a report from Disrupt Africa.

Mid-this year, Capgemini, LinkedIn, and EfmaSince outed a report which showed that since 2009, FinTechs have raised nearly US$110 billion and they continue to eat into the market of traditional financial systems.

This was affirmed by William Sekabembe, an executive director and chief commercial at DFCU bank, who in June of this year, according to Daily Monitor, told his colleagues at the bank: “We are now under pressure from the FinTech companies that are now in spaces we used to occupy. We have to continue investing in technology in order to keep up with the FinTech’s so that we don’t miss-out completely.”

When you look at the fintech ecosystem from only the picture painted above, you might be led to think that all is going fine, but truth be told, all of them are undergoing countless challenges most of which they can’t solve individually.

To start on addressing the above challenges, in 2017, the Financial Technology Service Providers Association of Uganda (FITSPA) was rolled out as an independent organization aimed at bringing the fintech community together so that they can pave the way to battle their challenges under one voice.

Fitspa started with 7 members, according to Zianah N. Muddu, the association’s Engagement Partner, but they have now registered dozens of fintechs. They have also managed to secure partnerships with FSDUganda, UKAid, and WMC Africa.

In most of the biggest innovation communities across the world, there are clubs and associations started to unite startups and entrepreneurs.

The reasons for starting an association vary from one community to another; for instance, in Silicon Valley, there is one called Black Founders started in 2011 to encourage black founders to create and follow through on their startups, some are started for networking, sharing knowledge.

Others are started to get a strong voice that’ll be heard by governments so that startups are also involved in the preparation and formulation of policies. For instance, we recently saw how the new taxes on Mobile Money and social media shook up a number of startups.

According to Zianah N. Muddu, fitspa was also actively involved in some of the discussions that have resulted in some of the amendments in the said taxes. President Museveni recently signed off the bill and the junior Finance Minister David Bahati Thursday said the government was to gazette it today.

When SautiTech asked Muddu some of the key challenges in the fintech society that the association seeks to address, most of them were to do with the current feeble rules and regulatory systems in the country.

Because of lack of solid policies, this brings about unfair competition and some of the companies, because they know, at the end of the day, they are not answerable to anyone, they might do things that could harm the industry.

Trust is one of the areas in which traditional firms still beat fintech companies. Most of the fintech systems are not strong enough to be trusted by the consumers, according to analysts.

“FinTech firms are finding success with a customer-centric focus that fills in gaps left by traditional firms. These gaps opened the doors to FinTechs, but trust in traditional firms remains important to customers,” Penry Price, the vice president of Global Marketing Solutions at LinkedIn, has said.

The journey Fitspa is pursuing, though not easy, has helped some of the organizations that are working under a single umbrella. For instance, Savings and Credit Cooperative Societies (SACCOs) united to rally government to stop taxing them and when the government recently reintroduced the taxes on saccos, legislators unanimously opposed the move.

Other associations like the ICT Association of Uganda (ICTAU) have also been vocal in rooting for policies that align with the development of the ICT sector. The association has members from both the government and private sector.

In one of the meetups that have been organized by fitspa, they invited the Executive Director-Supervision at Bank of Uganda (BoU), Dr. Tumubweine Twinemanzi who promised to always call for the association’s input during policy framework drafting.

Aside from issues to do with regulations, associations can also help members get more connections — in Singapore, the fintech association organizes festivals where members showcase their products, others organize conferences, hackathons, investor meetups among others.

Flutterwave: Why we set up shop in Uganda