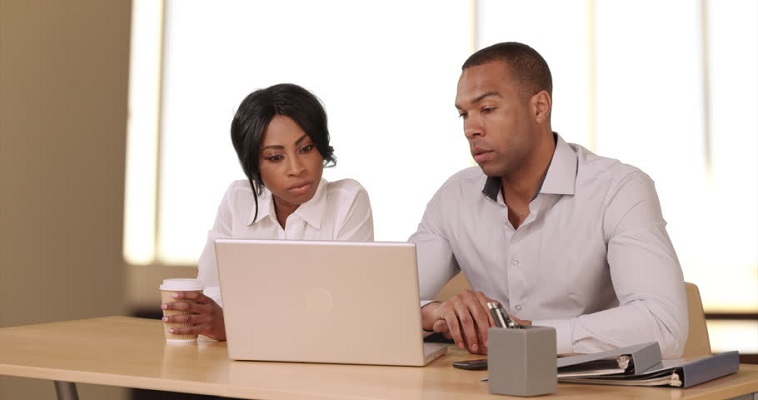 One of the things that have always annoyed me about most investors’ blogs is they seem to be completely void of what frankly can often be the most difficult part of launching a company: dealing with the emotional side of the equation.

A prime example is when you reach an existential crisis with a co-founder or early employee. These people are like family. You’re joining a fraternity together trying to launch a company and the personal bond is typically much stronger than in larger organizations.

What makes these situations even more difficult to deal with is that as an entrepreneur you’re thrust into this strange emotional paradox. On the one hand, you need to be highly skilled at establishing empathy with people, and on the other, you need to be very level headed when making difficult high-pressure decisions that affect someone else’s life.

Essentially what that means is you need to be very good at feeling other people’s pain and yet when you’re in a position to let someone go you need to be able to absorb and push past that anxiety to make a rational decision.

That’s not an easy thing to do. Every entrepreneur knows the sting of having the rug pulled out from under them, sometimes out of nowhere. Having to be the person on the other side of that, the one making a firing decision, is really hard when you can directly sympathize with what that entails for the other person.

On top of all of that, startups are always strapped for resources and always under pressure to perform better than should ever reasonably be expected. That means there’s a lot of opportunity for tension with co-founders/co-workers and very little room to make up for team members that aren’t a good fit for their positions.

Not exactly the recipe for an anxiety-free work environment.

As a result of all of this, uncomfortable conversations with colleagues are to be expected and yet most entrepreneurs’ tendency is to avoid them like the plague.

Every year with at least one StartFast company there develops a feud between co-founders or an employee that just isn’t working out. When they inevitably come to me asking for advice, what they’re looking for isn’t the “right answer” it’s the “easy answer”.

They don’t want to know the best way out they want to find a way to sweep it under the rug. And I completely understand why, because I had the exact same mentality about one of my past co-founders when it was time to part ways.

The most important first step is to make sure both people are approaching the situations calmly. The time for this conversation is not in the middle of an argument, it’s when cooler heads can prevail and everyone can look at the situation with a fresh perspective.

Make sure the discussion revolves as much around provable facts as possible. In fact, lead the discussion with this. You need to establish a common reality first. The less room there is for conjecture or subjective opinion the better.

There’s a reason why ideological arguments have lasted through the ages but scientific controversies are for the most part resolved once there is enough data to reach a conclusion.

You’ll then need to focus your efforts on establishing empathy. It’s very difficult to come to a truly amicable resolution unless both sides of the table can view the issue from the other party’s perspective.

Your goal is to come out of this conversation feeling you are on the same team no matter what the conclusion is. State that outright and make your case for why each side needs to fully understand the other’s position.

See: Six signs now is the right time to start your business

You’ll notice that until this point, I haven’t provided you with any ammunition or debate strategy. That’s because if that’s your mindset you will fail to handle this situation correctly.

Once you’ve calmly laid out a common reality and established empathy for each other, it’s time to dig in and actually come to a solution.

The reality is there are only ever two reasonable paths forward in these situations: 1) If the conflict is solvable, you continue to discuss potential solutions with a level head in an understanding and sympathetic way and you either come to a mutual conclusion about how to proceed or find a compromise or the CEO makes an executive decision.

2) the conflict is not solvable and it’s in the best interest of everyone that you need to amicably part ways without burning bridges.

Let me reiterate in case I wasn’t clear before, both options suck. In the same way that cold calls get easier with time, so too do resolving conflicts with colleagues.

It’s just the reality of being a founder that these situations will come up eventually and you’ll be forced to make a choice because the worst possible reaction is no reaction at all. You need to respond in a timely, level headed, sympathetic, but above all objective manner and pick the best-worst option.

This article originally appeared on Medium under the same title

These 6 signs indicate your startup is destined for booming success

Nataliey Bitature: How to build character for success in business, life