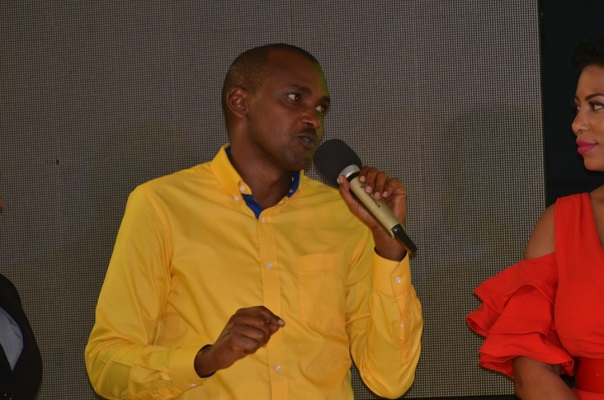 Welcome to the second half of 2019 and this is the rundown of stories in the startup and technology space in Uganda.

This past week the Ministry of ICT and National Guidance unveiled a list of sixty startups that will benefit from Shs6 billion that will be released under NIISP.

Among the startups that were supported is BUCXS, a mobile application that ICT Minister Frank Tumwebaze says will offer the same services as WhatsApp is offering to Ugandans. It was given Shs100 million, putting it among the most funded startups. The highest funded startup got Shs300m. There are two others that got above Shs100m. (See how the funds were distributed here)

“I’m glad to tell you that yesterday among the solutions that we supported, there is a solution called BUCXS… it’s an equivalent of WhatsApp,” Minister Tumwebaze said while speaking this past Thursday at the eGovernment Excellence Awards ceremony that was held at Speke Resort, Munyonyo. According to the minister, unlike other social networking platforms that require you to pay OTT tax before access, BUCXS will be accessed minus paying the social media tax.

Though information about BUCXS is scanty (it has no website and app is not live), a document released by the Ministry says that the application is both web-based and on Android and it enables users to chat and send money.

Uganda to get satellite internet

At the same event, Tumwebaze said that after completing the roll-out of the National Backbone infrastructure project (NBI), which is now in phase four, the National Information Technology Authority (NITA-U) will take on a new heavy project: introducing satellite internet.

According to Tumwebaze, the move is aimed at reaching areas that would be expensive to extend the optic fiber to, for instance, mountainous areas. “NITA-U, in future, working with the ministry, we shall move to satellites,” he said, adding that using satellite is better than optic fiber since there are no cases of vandalism.

To date, NITA-U has extended connectivity to 414 Government MDA sites which include hospitals, public universities among others.

The cost of internet Bandwidth for Government has reduced from 300USD per Mbps per month in 2016 to 70USD per Mbps per month. By being involved in setting up internet infrastructure, the government is helping telcos reduce investment in that sector, hence enabling easier expansion of services. It should be recalled that the New Broadband Policy introduced in 2018 also demands telecom companies to share infrastructure.

Uganda Communications Commission reduced the fees one is required to pay when calling a number of a different network, for instance, a call from someone with an Airtel SIM card to another with MTN.

It has been reduced from Shs65 to 55 per minute, reported Daily Monitor, quoting Juliana Mweheire, the UCC director industry affairs and content development. The same fees apply when you terminate a call. For SMS, the fees were reduced by Shs2, from 7 to 5.

Kaaro Health, a Ugandan-grown technology firm, which helps people in remote areas access health services through mobile clinics and teleconferencing, has been accepted in the eleventh cohort of Halcyon Incubator Fellowship, which is based in Washington, D.C.

The startup was founded by Francis Xavier Asiimwe and Angella Kyomugisha. Only two startups from Africa were invited. The other is Publiseer, a digital publisher based in Nigeria, founded to promote local content, including movies, books, music and so on.