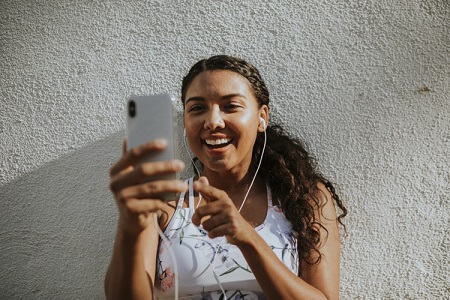 The year was 1957, and Pepsi — like many of the youth at that time — was dealing with an identity crisis.

Despite efforts from marketers, Pepsi was being outsold by its biggest competitor and perpetual market leader — Coke — by a factor just shy of six to one, even as it was selling at half of Coke’s price.

It wasn’t the product that was lacking, it was that Pepsi’s brand ethos — indecisive and directionless — was a fragmented shell of what it would need to become to take on Coke.

At the time, Coke was unrivaled, having succeeded in convincing the American public that they’d captured everything good and wholesome about American life within the murky confines of a glass bottle.

This clear transcendence of the competition was not unlike Apple’s; like devotees react viscerally to a green speech bubble in iMessage, so too was it that, to anyone who embraced the deeply American traits of exceptionalism, community-mindedness, and of course, Santa Claus, consuming anything other than Coke would’ve been considered heresy.

Pottasch’s task was, to put it gently, difficult.

He was to reinvigorate a brand competing against one of the most successful of all time, a product that not only outclassed Pepsi in every consumer-driven category but was also — chemically — nearly identical.

Here is Tim Wu in his book, The Attention Merchants, on the decision:

[blockquote type=”default” style=”1″][Pottasch] thus conceived of marketing Pepsi without reference to its inherent qualities, focusing instead on an image of the people who bought it, or should be buying it. [/blockquote]

For the first time in history, a brand decided to promote the type of user that purchased a product as opposed to the product itself.

Beyond that, Pepsi promoted the idea of an entirely new generation, one free from the manipulative, consumerist messages being perpetuated by the mass media. (It was, after all, the 1960s.)

This group would come to be known as “The Pepsi Generation.”

The Pepsi Generation was revolutionary because it was the first time a brand convinced people to purchase their product by focusing on the type of person that doing so made them.

No generation before had ever so vocally longed to transcend themselves — to escape the consumerist mindset and achieve truly independent thought — and thus Pepsi’s message, drink our product and do exactly that, reached the perfect group at the perfect moment.

Here’s Wu quoting Pottasch on the success of the campaign:

“For us to name and claim a whole generation after our product was a rather courageous thing,” Pottasch would later remember, “that we weren’t sure would take off.”

But his intuition would prove correct. “What you drank said something about who you were. We painted an image of our consumer as active, vital, and young at heart.”

Over the next decade, Pepsi — as a result of the Pepsi Generation campaign — gained significant market share on Coke.

And while the campaign was revolutionary, the recipe for its success was simple.

As Wu points out, “Desire’s most natural endpoint is consumption.”

In other words, the campaign simply reimagined what people desired.

This generation longed to escape consumerism, and the fact that Pepsi convinced them to do so by embracing it — purchasing a Pepsi, after all, is about as consumerist as it gets — is a testament to the genius of the campaign.

Those who bought in and became a part of the Pepsi generation were searching for a new way to feel, rather than a new beverage to drink.

Pepsi’s genius was that it found a way to be both.

The profundity of the Pepsi Generation campaign is twofold.

First, its success reinvigorated a brand on the verge of being knocked out in an early round by one of the greatest competitors of the 20th century — Coke.

Second, even decades later, it is nearly impossible to find a brand that has not used the strategy Pepsi pioneered: selling not a product, but a better version of ourselves.

To be an Apple user — at least in the era of Jobs — was to “think different.”

Critics might laugh at that characterization of an Apple user now, given the homogeneity and ubiquity of Apple products, especially among the wealthy.

Apple employees will never show you how a product works, rather they will let you use it, forcing you to familiarize yourself with the product, yes, but more importantly, yourself in its presence.

A diverse range of product options to choose from, after all, will never be as captivating as a homogenous product that turns you into a superhero — and Apple has the latter in spades.

Samsung learned this the hard way, dogmatically focusing as they did for the longest time on promoting the features of their products, as opposed to the person you could be by using them.

Now they avoid talking about the speed of their processors or the depth of the blacks in their screens because 99% of people don’t care; what they do care about — selfishly — is what they will become — “makers, directors, creators,” in the words of Casey Neistat — if they use a Samsung product. The message? Be like us. The solution? Buy a Samsung.

See: When Marketing, be all ears to your customer

The consumer who finally does is the one Samsung shows in their commercial, “Growing Up,” the better version of the “Apple Sheep,” portrayed leaving behind those who foolishly opt for the iPhone, the clearest among them a scowling man with the iPhone X’s trademark “notch” etched into his hairline.

The message? Don’t be him. The solution? Buy a Samsung.

It is far from just tech companies, though.

Adidas and Nike both do it, the former with a similar line of thinking to Samsung’s, and a similar list of influencers.

Starbucks does it by crafting beverages like the Unicorn Frappuccino, a drink that famously and unsurprisingly “looks better than it tastes.”

Similar to how Pepsi understood they would never compete with Coke on product alone, Starbucks understands that in 2018, it is less about the drink itself than it is about who the drink makes you — on Instagram, and thus in real life.

And regardless of what you think about us millennials — narcissistic, selfish, vain, outspoken — one thing is abundantly clear: as a result of social media and the Internet, our generation is more conscious of how we are perceived — by friends, family, colleges, jobs, hell, even people we’ve never met — than any other generation, ever.

This condition is one in which we have a forced awareness of how everything we say and do — even the seemingly inconsequential, like the shoes we wear, or the airline we fly — reflects on us.

Like Starbucks with the Unicorn Frappuccino, we prioritize external perception over just about everything else.

The social media market, where we live now, demands a focus on visible characteristics — which are, by their very nature, external — from designer drinks, yes, but from individuals, too.

Given all of this, I propose that analysts routinely overlook how people feel in the context of a brand when considering the value of a company.

This “statistic” isn’t discussed on earnings calls and there is no way to measure it on a balance sheet.

But perhaps that’s because it has only begun to matter; Pepsi, after all, was the first company in history to market itself by promoting the image of consumer that drank it, as opposed to the product itself — and that was only 50 years ago.

Since then, consumers, aided by social media, have become far more conscious of who they are in the context of the products they use than even Pepsi could’ve imagined.

In this society of ultra-conscious consumers, successful brands will be those that make consumers feel the way they want to feel about themselves.

This post first appeared on Medium under the same headline

Most startups fail, beat the odds by avoiding these common mistakes