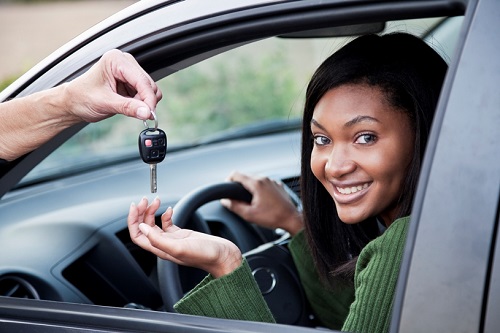 German automaker Volkswagen has started testing car-sharing, one of the strategies it hopes to deploy to recoup its multimillion-dollar investment in Rwanda.

When Volkswagen signed a car-assembling deal with the Rwandan government, the company probably knew it would not make a lot of sales in the small African nation; but it had an extensive formula.

In Rwanda, out of a population of a little above 12 million people, only 200,000 private cars have been registered since 1997, according to the Rwanda Revenue Authority.

To a car manufacturer, this is a small fraction, but with Rwanda being seen as one of the countries that are fast-embracing technology on the continent (for instance, more than 70% of the population own a smartphone), Volkswagen wants to tap into this market by introducing car-sharing and ride-hailing.

The ride-hailing model of Volkswagen is going to be different, in that, rather than drivers owning the cars, the company will be using its own cars.

With car-sharing, Volkswagen gave a big deal to a Rwandan-grown software company called Awesomity Lab to develop solutions it will use in its mobility service.

See: Exclusive: Why SafeBoda is setting up an engineering hub in Barcelona

So, people who want to drive themselves but don’t want to buy cars will register with Volkswagen via a mobile application called Move Share (only accessible at company permission), and then be able to pick a car and return from allocated stations that Volkswagen is still unveiling.

According to the NewTimes, a government-owned publication, the model is already being tested with some Kigali dwellers at discounted rates.

In Rwanda, Volkswagen is supposed to assemble cars that are easy to maintain and low on fuel consumption and gas emission, according to reports on the agreement that was signed.

Some of the models that are being assembled include Polo, Passat, Tiguan, Amarok, and Teramont.

According to the NewTimes, 250 cars will be rolled out for car-sharing and other 150 for ride-hailing. The company also wants to a shuttle service and a peer-to-peer car sharing service where car owners can give their cars for use and earn money in the process.

US firm Zipline to open drone assembly plant in Rwanda

Inside the struggle to build robust SafeBoda app