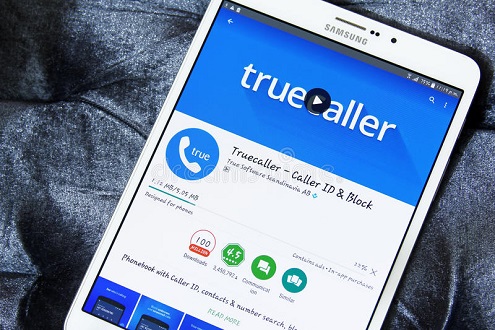 Global tech firm Truecaller has revealed that it will increase presence in the Rwandan market in fulfillment of its plans of making Africa its key priority region and increasing its presence on the continent.

The mobile app, which uncovers the identity of unknown callers and has more than 300m users globally, says it will be working with local start-ups and firms in Rwanda.

Zakaria Abdulkadir Hersi, Truecaller’s Director of Business Development and Partnerships Africa, says they plan to bring in their expertise with a view to solving Rwanda problems.

“We are trying to figure out ways we can be relevant. We have been talking to a number of partners such as telcos and start-ups. There are plans for us to partner with local startups and players. We want to work with locals where we bring in our expertise but work with locals.  I feel that Rwanda is the best case study to use, it’s a growing market, tech-savvy, there are processes and the government helps out in the ecosystem,” Hersi is quoted as saying by The New Times in an interview on the sidelines of an Africa Tech Summit in Kigali last week.

According to Hersi, Africa is one of their biggest markets and hence the company must work to understand the continent’s needs

“In Africa, we have about 50 million clients. In Africa, we are trying to solve emerging market type of problems. We are a mobile first, phone-centric. Compared to other parts of the world such as where people use platforms such as emails more, people here call directly. However, some people also take advantage of that. For instance, in Kenya, we block 14m messages a month and 4m calls a month,” he is quoted as saying.

Hersi adds that to become more relevant and impactful in the African market, they will partner with banks and telcos.

“We need to work with different industries; banks and telcos need to work with a lot of start-ups. Those are some of the industries that will get highly disrupted. Also, there are things that should change in the interest of the environment, I still do not get the reason why data costs are so high.  They also have a responsibility if they want to grow the tech industry as they are interlinked,” he says.

Must read: Rwanda steps up plans to launch satellite

Truecaller has become one of the fastest growing consumer apps in Africa and has topped the App Store Charts across the continent for the past two years.

The Truecaller app, which allows people to see who is calling and filter out spam calls and SMS, already has more than 50 million users in Africa.

The service helps users block more than half a billion spam calls on a monthly basis in the region, and more than 50% of all messages being filtered is considered spam.

Lycamobile a new telecom company to launch in Uganda