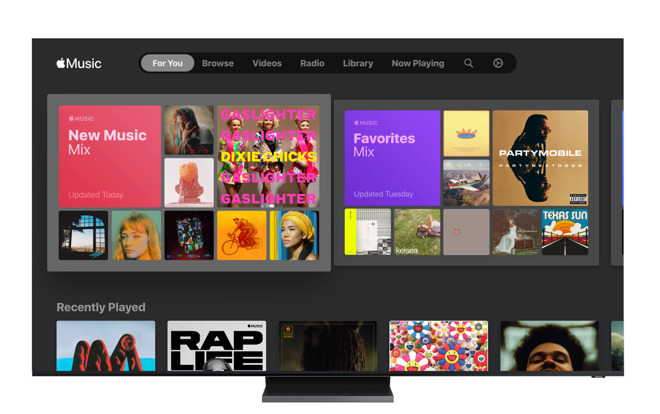 Those that know Apple well can tell you of how much it controls its ecosystem. For a while, Apple Music has not been available on the so many Internet-connected televisions we’ve set up in our living rooms. Whoever wanted to listen to Apple Music from their TVs had to use the Apple TV digital media player device to achieve any success.

Recently, as the sales of the iPhone sunk in many parts of the globe, Apple CEO Tim Cook chose that the firm invests a while in its service business. To beat this, Apple has continuously availed its apps and services for devices made by other companies so as to increase growth. This includes opening up its services, such as iTunes and Apple Music to rivals, is a part of the long-term strategy.

Now, going beyond what we know of it, Apple Music is available on Samsung smart TVs.

How to get Apple Music on your Samsung Smart TV

To get Apple Music on your Samsung Smart TV, you need to download the app from the Samsung Smart TV App Store. After downloading the Apple Music app, you can sign in to an existing account with your Apple TV or sign up to subscribe to the music service from your TV.

Apple says that owners of Samsung Smart TVs who sign up for Apple Music get three months of free access. The service costs $9.99 monthly, $4.99 for students, and $14.99 for families of up to six people.

As you may know it, Apple’s TV streaming service, Apple TV, is already available on certain Samsung TVs. We shall have to wait on to confirm if at all Apple Music will debut on smart TVs other than Samsung.

Three years back, Apple brought its iTunes music player to Microsoft’s Windows App store. Later in 2018, Amazon said it would bring Apple Music to Echo smart speakers; and early last year, major TV manufacturers like Sony and LG announced their new TVs will work with Apple’s AirPlay 2 which basically lets users beam videos from the iPhone to a TV.

Also last year, we saw iTunes coming to select Samsung’s smart TVs; only to be followed by the arrival of the Apple TV app on Smart TVs from LG, Samsung, Sony, and Vizio.

Read About: Guide to buying a smart TV