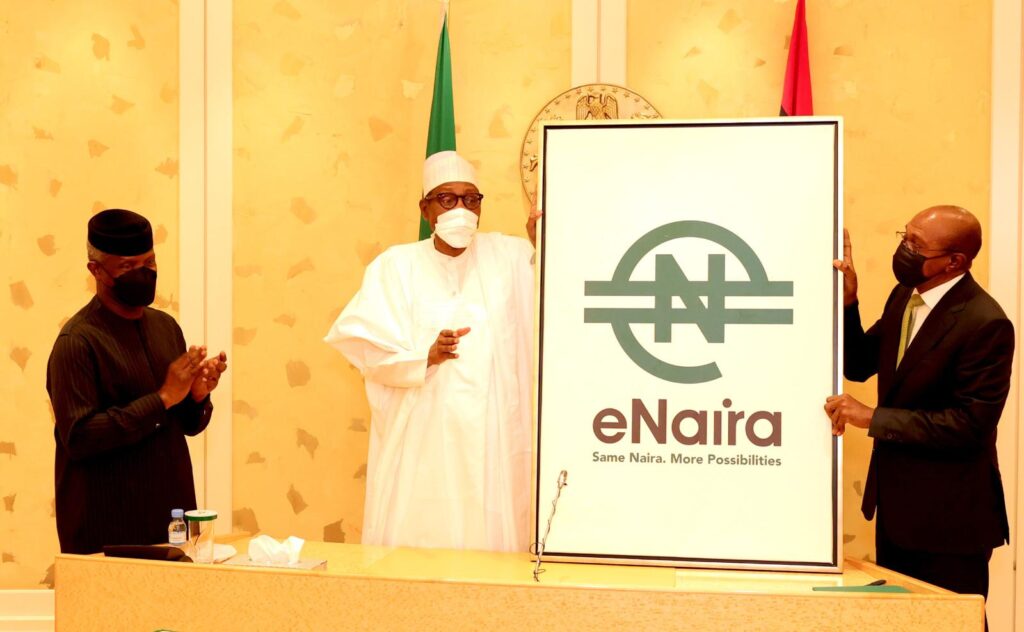 Nigeria has officially launched a new version of its currency, the eNaira digital currency. This was done in an announcement presided over by Nigerian President Muhammadu Buhari.

The launch of the eNaira – which was initially for October 1st – had been delayed by the Central Bank, citing the country’s independence anniversary celebrations.

This makes Nigeria the pioneer of digital currencies on the continent. West African counterpart, Ghana has been testing its e-Cedi as a new means of exchange since September, and South Africa is piloting the same.

President Buhari, at the launch, said that the new digital currency would improve cross-border trade, financial inclusion for people outside the formal economy, and increase remittances.

The eNaira digital currency and crypto

Cryptocurrencies are widely used in Nigeria, ranking the nation as the third largest user of virtual currencies in the world after the United States and Russia in 2020.

Nigerians are mainly looking to escape the constant depreciation of the traditional naira in recent years. They also look to make it easier for them to receive money from the diaspora or move their savings out of the country.

Central banks around the world are looking to create digital versions of their currencies, known as CBDCs, in response to the growth of online payments and to compete with cryptocurrencies that are beyond the control of governments and global regulators.

Nigeria joins the Bahamas and the Eastern Caribbean Central Bank in being among the first jurisdictions in the world to roll out national digital currencies.

Last year, China became the first major economy to launch a test version of a digital currency. Since then, at least five countries have launched their virtual currencies.

Read About: How to buy & sell Bitcoin on Chipper Cash app