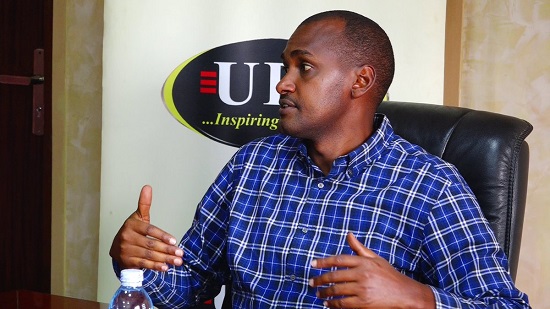 1. Uganda’s ICT minister Frank Tumwebaze has labeled as “fake news” claims that he has invested in OneCoin, a digital currency that has been dismissed worldwide as a Ponzi Scheme.

On Friday, a one Bigirwa Ashimwe shared a screenshot of a post, claiming that Tumwebaze had invested in OneCoin.

That is not true. #Fakenews https://t.co/CRWDjHtAVq

The post had been shared by a one Robert Mugabe Ateenyi, an aggressive promoter of cryptocurrency in Uganda.

While OneCoin promoters present it a cryptocurrency, many critics have said that its style of operation is not in the manner cryptocurrencies are traded.

In February of 2017, Bank of Uganda issued a statement warning Ugandans against OneCoin which had opened an office on the Fourth Floor, Mukwano Courts, Buganda Road, Kampala.

Bank of Uganda said it was operating illegally.

“Bank of Uganda (BoU) wishes to notify the general public that the entity “ONE COIN DIGITAL MONEY” is not licensed by the BoU under the Financial Institutions Act, 2004 and is, therefore, conducting business outside the regulatory purview of the BoU,” reads the statement.

2. The Ministry of Science Technology and Innovation (MoSTI) has announced that it is going to move around the country registering scientists and innovators in Uganda.

According to David Obong, the Permanent Secretary MoSTI, the ministry wants to create a database for innovators in Uganda so that they can plan on how to support them.

This, according to Obong, will contribute to MoSTI’s mission to enable greater industrialization, competitiveness, and employment.

3. The government of China through the Chinese Embassy in Kampala has donated ICT equipment to the Government of Uganda.

The items were delivered by the Chinese Ambassador to Uganda Zheng Zhuqiang.

According to the ambassador, the ICT equipment will be used by the Office of the Prime Minister to enhance the delivery of services to the public.

The equipment was received by Mary Karoro Okurut, the minister in charge of General Duties and the two-line minsters Hillary Onek and Musa Echweru.

4. Minister Tumwebaze has Friday also visited the national broadcaster, UBC TV, to check on the progress of the revamp that has been going on at the government-owned media house.

Good progress at @ubctvuganda . Was happy to visit them today with @Tybisa . Their archives are being digitized, good studios and team fairly motivated. Government to support the public broadcaster pic.twitter.com/RvHsvf3e9A

ICT and National Guidance Minister Frank Tumwebaze @FrankTumwebazek has tasked Uganda Broadcasting Corporation @ubctvuganda management to fight a lazier fare culture in the National Broadcaster if the corporation is to reap from the recently concluded revamp period. #UBCNEWS pic.twitter.com/uDXjBjjZm5