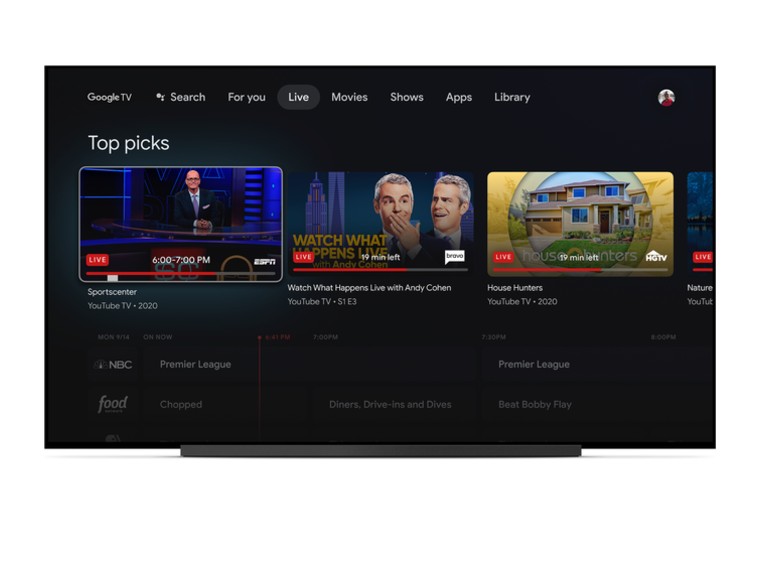 Google TV: What to know about the new smart-TV interface

Google, at its fall event, announced a number of new hardware and software products including the Pixel 5 and Google TV. We shall get into the details of the Pixel 5, but let’s take a closer look at what the new television user interface is all about.

What is Google TV?

Google says that the new TV user interface experience brings together movies, shows, live TV and more from across your apps and subscriptions and organizes them just for you. You can call it a content aggregation app. Google TV basically combines several popular streaming services like Netflix, Disney+, Netflix, or Amazon Prime Video into one single, streamlined UI. This makes it easy to discover and find the content you are interested in.

Google has put its Assistant as the center of this new TV user interface. Consumers can search for specific recommendations via voice. You can ask Assistant to “find action movies” or “show me sci-fi adventure TV shows” across popular streaming apps like Disney+, Netflix and YouTube. You’ll also see titles that are trending on Google Search, so you can always find something timely and relevant

Since it is built on top of Android TV, the new UI is compatible with over 6500 entertainment apps available on the Play Store. Google wants to use the new TV user interface to replace the cable TV, and bring the most popular streaming apps and Live TV into a single interface.

At the moment, Google TV is coming to the new Chromecast but the company has already confirmed that Android TVs and Android TV boxes/sticks will get new TV user interface in 2021. It will also support Stadia, Google’s game streaming service.

How to control participants on a Google Meet video call This article is to show you how best to control the call participants. Regardless of whether you use Google Meet on your PC, Mac, or mobile device, such as an Android smartphone, iPhone, or iPad, these simple tips are worth knowing.

Google TV: What to know about the new smart-TV interface