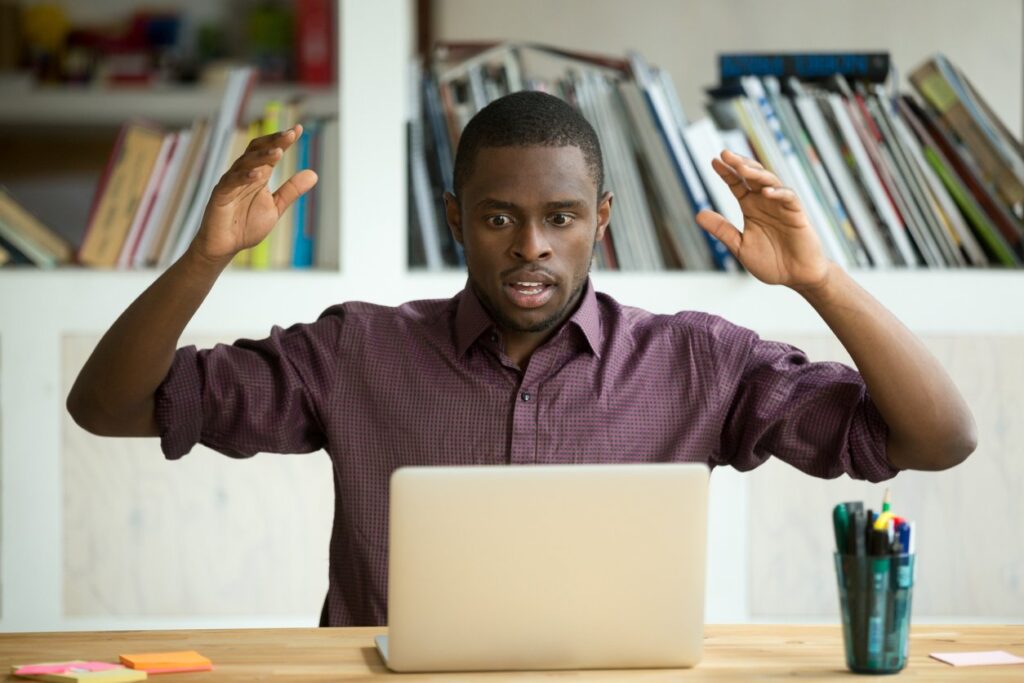 This is a story of someone that was scammed after clicking a Facebook ad. The moral of the story is: Don’t click ads if you don’t trust them 100%.

This is a cautionary tale of how I lost close to €4,000 in a sophisticated Facebook scam. I still find it hard to believe I fell for a scam like this. I have 2FA on all my accounts, use a password manager, and I’m generally very cautious with account security.

Two days ago, I spotted an ad while browsing Facebook promoted by Tiktok Ads Business. Unfortunately I don’t have a screenshot of the ad in question, but it promised a $3000 credit for new businesses that signed up for the TikTok Ads program. As someone being 15+ years in ad tech, I am used to the idea of businesses giving away ad credits to new advertisers. $3000 is a very high amount, but it didn’t raise any red flags since I’ve heard of the generous TikTok Back to Business Program before. 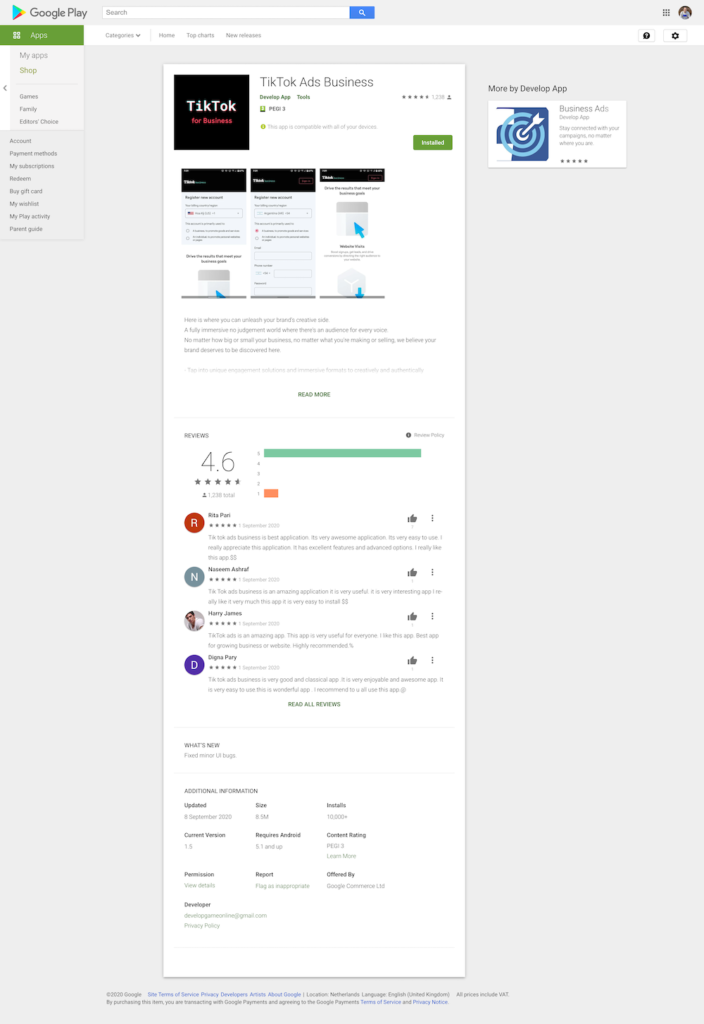 The ad click took me to the TikTok Ads Business Android app on the Google Play Store. 10k+ downloads, 1000+ reviews and a 4.6 rating on average – again, this didn’t raise any immediate red flags. Sure, the developer name “Develop App” sounds strange and should I have looked better, the developgameonline@gmail.com developer email and com.acazira.tforbusiness package name would have definitely raised some concerns.

After installing the app, it opened a clone of the TikTok Back to Business Program page. After entering my phone number and email, the app asked me to log in with Facebook to get the credits. After logging in with my Facebook, a voucher code was displayed under the balance with the explanation that it would take up to 48 hours before TikTok would contact me: Two days went by and I was getting curious when I would get that promised email. Then, a transaction email from PayPal arrived: Contacting Facebook about such scams/hacks is a challenge on its own: there is a support page but in all my attempts I was unable to click the “email” icon. The “chat” icon always says “chat unavailable”:

Fortunately I found the Facebook Business Support messenger account, and they replied quickly by confirming the issue: All this money was spent on this one Vietnamese ad, promoting some kind of aluminium I am still waiting on a decision from Facebook if they are going to refund the charge. In the meantime, I have done the following:

Beware of such scams.

Source: How I lost €4k in a Facebook scam

Read About: What is Facebook Watch Together and how does it work?